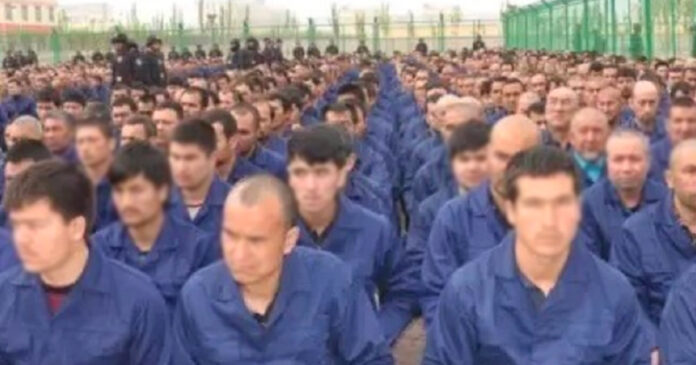 Liberal Minister of Foreign Affairs François-Philippe Champagne refused to refer to China’s inhumane treatment of Uyghurs as a “genocide” after China lashed back at earlier comments made by Canada’s UN Ambassador Bob Rae.

“I have raised this issue both privately and publicly with the foreign minister of China, and I will continue to do so,” said Champagne on Monday.

Over the weekend, Rae told the CBC that he requested the UN Human Rights Council to launch an investigation into China’s human rights abuses against the Uyghur minority in the Xinjiang region.

There are approximately one million ethnic minorities being forced into re-education camps by the Communist regime.

“There’s aspects of what the Chinese are doing that fits into the definition of genocide in the genocide convention,” said Rae.

“I would like to ask this ambassador, if his logic is plausible in finding out who best fits the label of genocide, it seems that it is not the Uighurs who are persecuted, but rather the people of Canada, am I right?” said Zhao pointing at Canada’s rate of population growth.

Critics of the Liberal government have accused Prime Minister Justin Trudeau of being too conciliatory towards the Chinese communist regime.

Earlier this week, Conservative Party leader Erin O’Toole slammed the prime minister for his record on China and called on an immediate ban on the Chinese telecommunications giant, Huawei.

“We’re bringing a motion to have a serious public education discussion and make the government take these issues seriously, finally,” O’Toole told The West Block.

‘[The government should] highlight the risks and the intimidation that hundreds of Canadians and families are feeling from Chinese communist influence operations in Canada.”

Minister Champagne himself has been accused of going too soft on China after a past video resurfaced of him calling China “inclusive” and a “beacon of a rule-based system.”

“Canada and I would say China, stands out as a beacon of stability, predictability, a rule-based system, a very inclusive society,” said Champagne on May 9, 2017.

In 2019, Prime Minister Trudeau did not hesitate to declare that the murders and disappearances of Indigenous women and girls in Canada amount to an act of genocide.