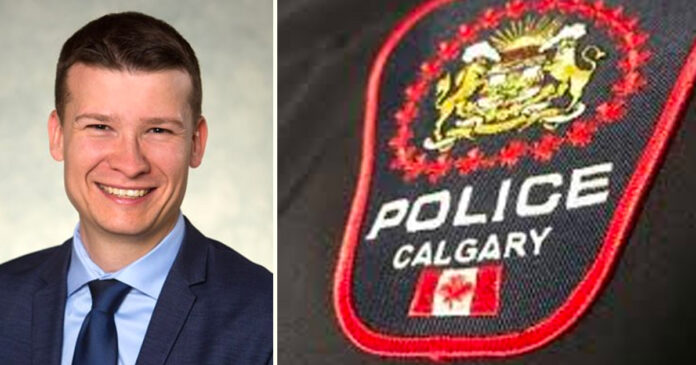 Calgary’s city council decision to defund the Calgary Police Service (CPS) by $20 million over two years was hailed as a small victory by protesters but could be damaging to the idea of police reform, a critic of the move says.

Mayoral candidate and city councillor Jeromy Farkas opposed the motion and argued amending it to see the increased funding for social services come from lower priority areas like the bike path initiatives, arts funds or the money Calgary has set aside for a “rainy day.”

Speaking to True North, Farkas stood by his previous comments, saying the defunding of the police is an extreme view.

“That’s not to say that there aren’t reasonable people on this issue who are calling for reform and improvement on how police conduct their business, that’s an obviously reasonable position,” said Farkas. “Whether you call it reallocation, divesting or defunding, it all means the same thing. By insisting that this money comes from the police to fund the various needed social support programs, council is proving they have an ideological axe to grind.”

Farkas believes this push to massively defund the police is setting the city back on the needed reforms that Calgarians are asking for.

“Further reducing the budget is going to set us back on reforms like diversifying the service to improve their relationship with marginalized communities, implementing additional officer training and furthering accountability initiatives like body cameras.” he said.

After the motion was passed by a margin of 9-5 in early November, the president of the Calgary Police Association John Orr said in a statement that removing resources from a community police force that is already “stretched thin” could result in “steps backwards.”

“Police officers everywhere have been under increased scrutiny and as a result, members of our own community have made demands which include increased training, increased use of body-worn cameras, and making police services more diverse through improved recruiting methods,” said Orr. “Cutting the CPS budget will force us to take steps backwards in respect to all of these important and worthy initiatives and risks a regression in the progress already made.”

The city council is set to deliberate the re-allocation in November, so far, no decisions have been made on where the CPS budget will change.

The decision was made to defund the CPS despite the surveys John Orr cited, showing a high satisfaction with the police service at 93% and only 21% of people surveyed believing CPS is adequately staffed.

“A massively defunded police service is not only unable to keep Calgarians safe but also unable to reform. This is not about denying that our service requires reform, it is about ensuring that we have a thoughtful conversation about how we get there.” said Farkas.

Farkas is calling for alternative approaches to funding additional social services and warns about becoming entrenched in ideology.

“This is not about giving a blank cheque to our police, nor is it about giving them blind support. It is about being thoughtful and strategic. Let us make those investments so that in the long term the load on our police is reduced but let’s not be so ideological about this that Calgarian’s safety is not harmed in the process.” said Farkas.