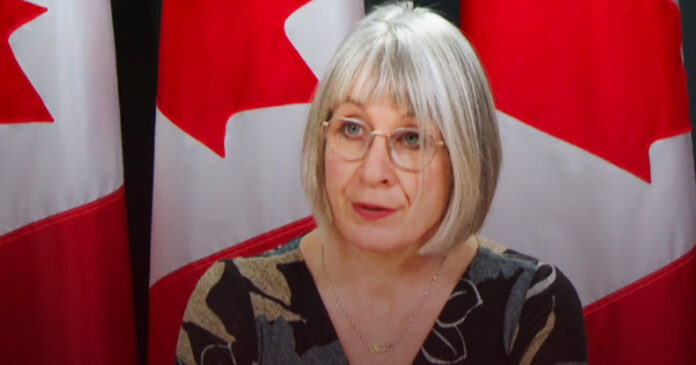 New records show that Liberal Health Minister Patty Hajdu flew far more than was previously reported while she was advising Canadians to not visit family and to remain at home.

According to the Toronto Sun, at the height of the pandemic in April, Hajdu took 11 and not three flights as previously reported. Eight of those flights were related to weekend flights from Ottawa to her home in Thunder Bay. During those trips, some of the planes also flew back to Ottawa empty-handed without Hajdu onboard while she returned to work at a later date on a different aircraft.

“It’s important to remember that now is not the time for gatherings with family and friends. Connect with others with a phone call or video chat instead,” wrote Hajdu.

In October, Hajdu was also found ignoring her own department’s advice when she was pictured without a mask while lounging at a Toronto Pearson Airport lobby.

According to Toronto Pearson Airport policy, masks are mandatory for all passengers in the airport at all times.

In response to the tweet, Hajdu claimed that she was still following health regulations and that she took it off to eat and drink, despite there being no food or beverage pictured in the photograph of her.

Around the same time that Hajdu was jet setting from work to her home, Prime Minister Justin Trudeau also landed himself in hot water after visiting his family across a provincial boundary for Easter celebrations.