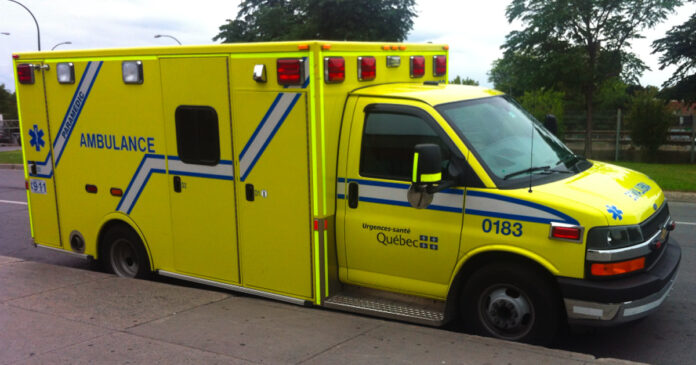 Montreal paramedics were instructed to not perform life-saving CPR on dying patients due to the risk of contracting the coronavirus.

According to the Urgences-Santé paramedic service’s director of care Pierre-Patrick Dupont, paramedics weren’t performing the procedure for a period of five months in the spring and summer.

Even those suffering from serious cardiac arrest were prevented from being administered CPR or defibrillators while enroute to the hospital.

“We [would] go see the people in cardiac arrest, we [would] just start the protocol, and when we see the flatline, that’s where we stop the protocol,” said Dupont.

Authorities with Quebec’s health ministry and the province’s college of physicians signed off on approving the order after concluding that only a small percentage of people would recover from cardiac arrest.

Urgences-Santé paramedic services have since returned to former protocols and are once again performing CPR on patients.

“Right now we know more about this disease, we know more how to protect [against it] and we always have all the protection we need, but it’s not the same thing in the second wave as the first wave,” said Dupont.

As it stands, it is not clear how many people were impacted by the original order.

According to figures released by Ontario’s Ministry of Health from March 15 to September 29 treatments for breast cancer have gone down 29% and prostate cancer treatments declined by 25% when compared to the same period in 2019.