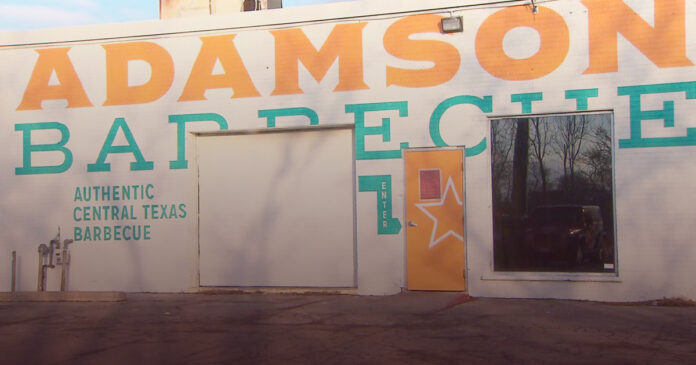 A number of Canadian journalists and pundits are not happy about a Toronto small business defying Ontario’s lockdown orders.

On Wednesday, the owner of Adamson Barbecue Adam Skelly opened his doors a second time for indoor dining in defiance of the province’s latest coronavirus restrictions.

Although Skelly received a lot of support from Canadians, a few journalists expressed their unhappiness with his business re-opening.

On Tuesday afternoon, CTV News correspondent Scott Reid tweeted in response to Adamson Barbecue’s re-opening by saying that authorities to “chain the joint” and for Skelly to “get bent.”

According to Reid’s LinkedIn, he has been a correspondent with the national news agency since 2011 and he was once the Director of Communications for Liberal Prime Minister Paul Martin from 2003 to 2006.

CP24 editor gloats about small business getting shut down

While local officials were notifying Skelly that his business had been ordered to close, CP24 Managing Editor Stephanie Smyth commemorated the event by taking a jab at the small business owner on Twitter.

The tweet which has since been deleted shows Smyth telling Skelly “you’re getting shut down.”

Controversial freelance writer and commentator Nora Loreto took the opportunity to lecture fellow journalists for not making the Adamson Barbecue story about race.

Journalist and editor of the far-left publication, Passage, Davide Mastracci suggested in a tweet on Wednesday that Skelly was violating lockdown orders to try and make a profit for his business.

Earlier this month, Mastracci was advocating for TV journalists to be banned from wearing a Remembrance Day poppy while on air.

Great stuff! For context, "pro-Adamson" here refers to people supporting the guy violating lockdown orders to make more of a profit for his BBQ business. https://t.co/hfRxDRQ1Ad

Toronto Star reporter Jennifer Pagliaro, who was on scene for Adamson BBQ’s opening on Wednesday live-tweeted a thread in which she complained about restaurant patrons wearing Trump hats and a family with children enjoying their dine-in meal.

In an opinion article published that day, Pagliaro was also quoted as saying that being at the restaurant “felt the way I imagine it felt like at Trump rallies.”

Columnist accuses business owner of having a “child’s selfishness”

In a column published on Wednesday, Toronto Star columnist Bruce Arthur referred to Skelly’s actions as “a child’s selfishness” and of having “misinformation brain.”

“This is misinformation brain, in action,” wrote Arthur.

“We shouldn’t join the people who confuse a child’s selfishness with freedom; instead, we should support our local businesses as best we can without endangering one another, and governments should add to that support, as soon as it can.”