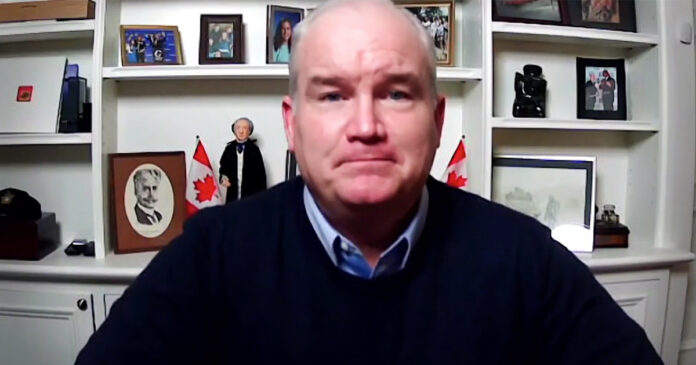 “The communist regime thrives on weakness and Mr. Trudeau is seen as weak, and, in fact, probably too biased in his view of what the communist regime really stands for,” O’Toole said in a year end interview on True North’s The Andrew Lawton Show.

The interview will air on True North on Monday December 14th at 2pm ET.

A secret memo from Global Affairs Canada warned China might view cancelling the training as “a retaliatory move related to the Meng Wanzhou case,” referring to Canada’s arrest of the Huawei CFO and the ongoing court case on United States extradition.

Defence Minister Harjit Sajjan has since confirmed that Canada is not planning any military training with China in the future, though O’Toole says the training never should have been on the table in the first place.

“To train Chinese troops on our soil when our two citizens were in jail, when they’re having internment camps for the Uyghurs, when they’re imposing a police state in Hong Kong and there’s 300,000 Canadian citizens there,” he said, “That should scare people. That’s a dangerous level of naivety.”

When O’Toole raised the subject in Question Period, Deputy Prime Minister Chrystia Freeland responded in generalities about the importance of repatriating Canadians Michael Kovrig and Michael Spavor, who were arrested in China two years ago in retaliation for Meng’s arrest in Canada and have still been denied a trial and proper consular access.

The Canadian government’s approach to China has been “to not rock the boat,” True North’s Andrew Lawton said.

O’Toole said this isn’t getting the country anywhere, however, arguing that strength must be met with strength.

“I’m not saying we’re going to start rattling sabres, but we have to stand up and show that our values are not for sale,” he told Lawton. “And just because there are big trade opportunities for China – I’d actually make things in Canada. I want us to do things here and have less reliance on a regime that can’t be trusted on any level.”

He also said he is proud of his party’s tough stance on China, including a recent motion aimed at Huawei, which passed in the House of Commons, giving the government 30 days to decide if the state-affiliated company should be allowed to supply 5G equipment to Canada.