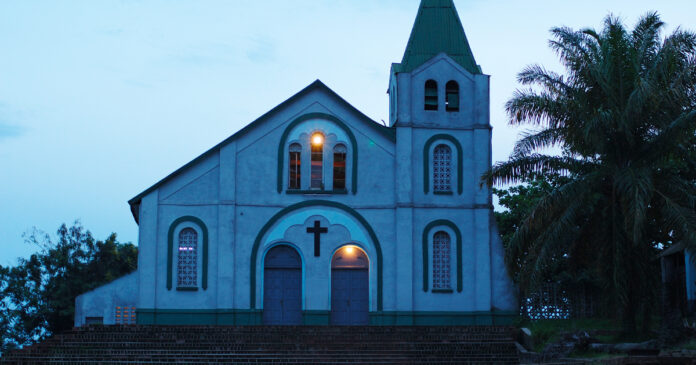 At least 30 Christians have been killed or raped in a series of attacks by Islamists in the Democratic Republic of the Congo according to the Christian Post.

At least ten women and girls have been raped and fifteen were kidnapped. A local pastor told the Barnabas Fund that he saw his entire family murdered by the Jihadists.

One witness described how Islamists surrounded local churches and brutalized those inside.

“There was a throng of Christians flooding the streets in a helpless situation, as well as radical Muslim extremists surrounding five churches,” the witness said.

“Ten girls had been raped and 15 girls abducted from the Anglican Church and Roman Catholic Church, with 14 Christians admitted to a hospital in critical condition with injuries to their heads, and others with fractured hands and legs due to the use of guns, machete, clubs, Somali swords and axes.”

While North Kivu’s population is 95% Christian, Islamists attacks have increased in recent years as the Congolese government crack down on insurgents. Since 2017, the Allied Democratic Forces have killed 3,971 people, many because of their faith.

Africa has been widely seen as the new hub of global Islamic terror. In the past couple of years, Islamic terrorism has rapidly increased in African countries.

Of the 50 most dangerous countries for Christians ranked by Open Doors USA, 17 are in Africa.