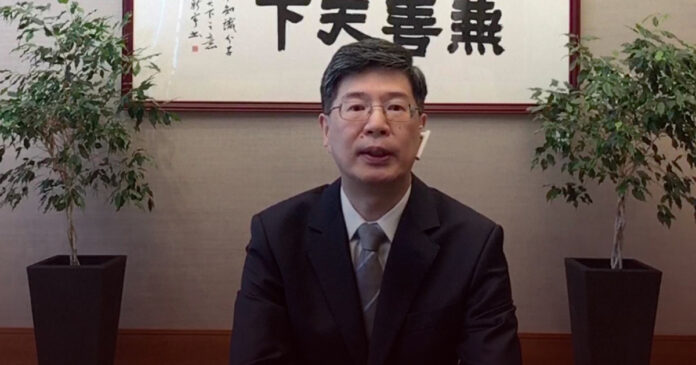 China’s ambassador to Canada Cong Peiwu complained about the allegedly unfair treatment of Meng Wanzhou on Tuesday while the Huawei CFO awaits the results of an extradition trial in her multi-million-dollar Vancouver mansion.

According to Cong, the detainment of two Canadians Michael Kovrig and Michael Spavor in Chinese prisons is not equivalent to Meng’s situation since they haven’t been mistreated.

“[They] have been left behind and prosecuted by the traditional organs of China, because they have been suspected of crimes endangering our national security in China,” claimed Cong.

“Their lawful rights have been guaranteed. Actually, in fact, they have been provided with adequate food and services, in terms of in this period of COVID-19, even the better food, to make sure that their immune system has been enhanced, so they can better deter the risk of being infected.”

The comments were made by the ambassador during an interview with the Asia Pacific Foundation of Canada.

In the conversation, Cong went on to say that in Meng’s case, her house arrest is not equivalent because she is innocent and hasn’t broken Canadian laws.

Meng is wanted by US authorities for breaking international sanctions on Iran.

On the one-year anniversary of her arrest, Meng penned a public letter complaining about the condition of her house arrest.

In the letter, Meng laments that she’s had to spend her time enduring “fear and pain” while reading books “from cover to cover” and finishing oil paintings.

“The past year has witnessed moments of fear, pain, disappointment, helplessness, torment and struggle,” claimed Meng.

This is not the first instance where the Chinese ambassador has sought to downplay the arbitrary arrest of two Canadian nationals over two years ago.

Only a few days earlier, Cong claimed that Canada’s actions were “disgraceful” and called for Meng to be immediately released.