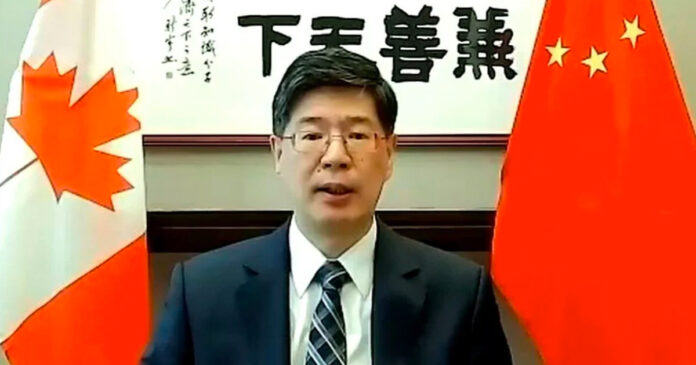 In an interview, Cong claimed that Canada’s arrest of Meng was “disgraceful” and called for her immediate release. Cong also suggested Canada-China relations will remain fractured until Meng is released.

“I once again point out that it is entirely out of the U.S. government’s political agenda to suppress Chinese high-tech enterprises, and Canada played a very disgraceful role in this process. This is, in every way, a grave political incident,” said Cong.

Meng was arrested in Vancouver in December 2018 on an American warrant. Authorities accuse Meng of “conspiracy to defraud multiple international institutions” and using her position to circumvent U.S. sanctions on Iran.

In retaliation for Meng’s arrest, China arrested Michael Korvig and Michael Spavor on trumped up charges — two Canadians living in China. The two have been charged with stealing state secrets and been denied basic legal rights.

Cong reiterated the Chinese position that the arrest of the two Michaels was not retaliation and assured the families they will be treated fairly at trial.

“As we have repeatedly pointed out. Those cases are not connected as some here suggest,” he said.

“As we always state: that the competent authorities are handling the case independently and in accordance with law, and their lawful rights are protected.”

As China’s top diplomat in Canada, Cong has repeatedly taken harsh positions or implicitly threatened Canada.
Cong has warned against giving Hongkongers asylum status in Canada and said bringing manufacturing jobs back from China would be impossible.

58% of Canadians think foreign aid ends up in corrupt hands