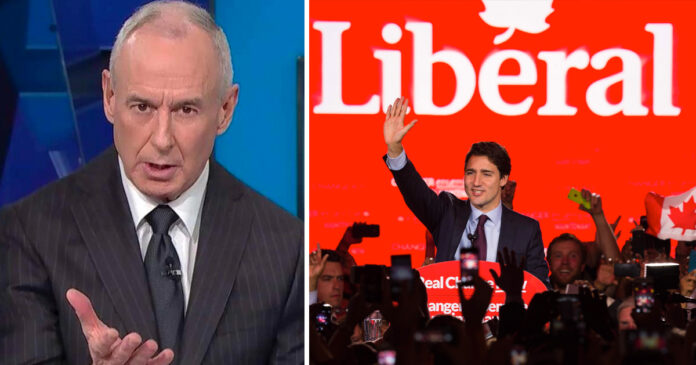 Former Coach’s Corner co-host Ron MacLean is set to appear at a federal Liberal Party fundraiser at the end of this year.

The event, which is titled “A Conversation on Sport and Politics in Canada” was first announced by Liberal MP Adam van Koeverden and is scheduled to take place Friday evening from 6:30 PM to 8:00 PM.

“Our friend Ron MacLean has very generously offered to help us finish 2020 with a little fundraiser to ensure that our next election is well funded,” wrote van Koeverden on his Facebook page.

Those attending the event can expect to pay $400, while students, top donors and seniors will pay $100.

In 2019, MacLean’s fellow host Don Cherry was fired by Sportsnet after he called on people to wear poppies on Remembrance Day.

“Following further discussions with Don Cherry after Saturday night’s broadcast, it has been decided it is the right time for him to immediately step down,” Sportsnet President Bart Yabsley said in a statement.

“During the broadcast, he made divisive remarks that do not represent our values or what we stand for.”

Shortly after Cherry’s departure from the network, MacLean took the opportunity to lecture Canadians on their “white privilege.”

“As a general rule, they’re often all white and when they’re not all white, the whites often have the speaking part,” said MacLean.

“It was just a real eye-opener that I don’t recognize the structural racism or sexism.”

Since his departure, Cherry has launched his own “Sour Grapes” podcast where he discusses hockey with various guests.