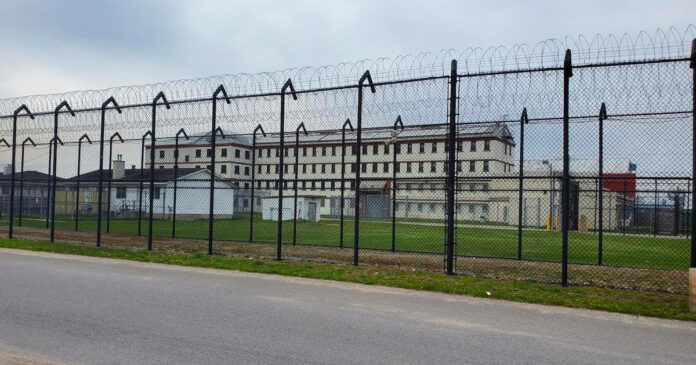 Dozens of prisoners and four staff members have tested positive for COVID-19 at Joyceville Institution, a federal detention centre near Kingston, Ont.

The Correctional Service of Canada (CSC) confirmed the outbreak after True North received a tip about it.

According to the CSC, 80 inmates have tested positive, as well as four staff members.

“We are monitoring the situation closely and diligently, and we continue to apply our infection prevention and control measures,” said CSC regional communications manager Mike Shrider.

“We continue to actively screen employees entering all our institutions, and all employees and inmates in Ontario are being equipped with medical masks and face shields. In addition, testing has been offered to all staff and inmates.”

Earlier this year, Public Safety Minister Bill Blair requested for the CSC and the parole board to consider early release for some criminals to prevent the spread of the coronavirus within federal prisons.

By August, it was reported by Statistics Canada that 16% of inmates were released from correctional institutions in the midst of the pandemic.

“Some of the steps taken by the Canadian justice and correctional systems to reduce the size of the population living in correctional institutions since the onset of the COVID-19 pandemic include temporary or early release of people in custody who are considered at low risk to reoffend; extended periods for parole appeals and access to medical leave privileges; and alternatives to custody while awaiting trials, sentencing and bail hearings,” claimed a report.

Meanwhile, provincial and territorial prisons saw 25% of its population decline over this period, with Nova Scotia seeing a whopping 41% reduction in prison populations.