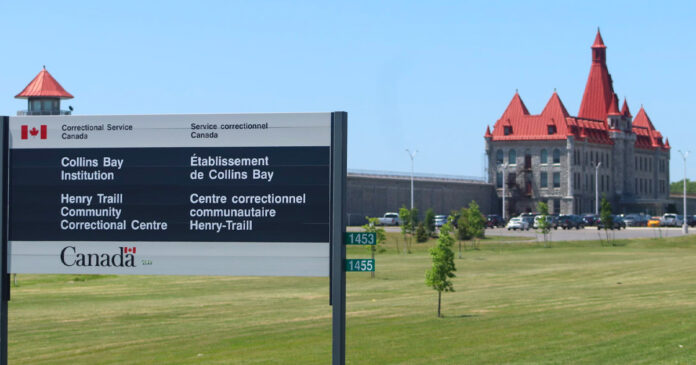 A coronavirus outbreak in a federal detention centre near Kingston, Ont. has spread to multiple institutions after prisoners were transferred to different locations away from the source of the outbreak.

According to a Thursday afternoon news release by Correctional Service of Canada (CSC), five COVID-19 cases have been confirmed at Collins Bay Institution, plus another three cases at Warkworth Institution, in addition to the 84 positive cases – including four staff – first reported by True North at the Joyceville Institution.

“The inmates at Collins Bay and Warkworth who just tested positive were recently at Joyceville and based on the initial epidemiological investigation, it appears that the inmates were exposed to the virus at Joyceville institution,” wrote CSC spokesperson Mike Shrider.

“In addition, all inmates who were recently transferred out of Joyceville Institution are being medically isolated in their respective institution and monitored by staff.”

Prison authorities have reported that over 300 inmates have been tested for the virus at the affected institutions.

“These impacted sites have also modified their institutions’ routines for health purposes in order to mitigate any risk while contact tracing and the initial epidemiological investigation is being conducted. Testing is being offered to all staff and inmates at these institutions,” said the CSC.

Prior to the outbreak, the CSC had prohibited inmate visits in the Ontario region due to spiking cases in the province.