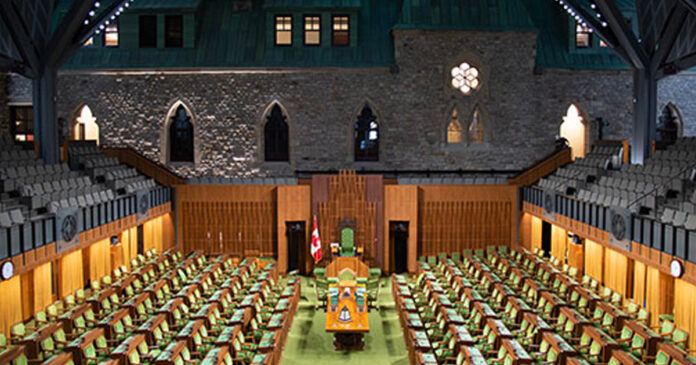 Free lunch buffets in the House of Commons lobby for MPs during emergency parliamentary sittings cost taxpayers $891 a day.

According to government documents obtained by Blacklocks Reporter, the cost for eleven days of emergency sittings during the coronavirus pandemic totaled $9,806 or the equivalent of $891 daily.

This is the first time in 29 years that the costs of the free lunches were disclosed to the public.

In addition to the free buffet in the lobby, MPs are allotted a $21 per diem for lunch.

According to Conservative MP Tom Lukiwski, many MPs would treat themselves to the free lunch buffet despite not being on House duty. Many MPs would pocket their $21 per diem at the same time.

“There are many, many, many MPs that have lunches at committees, lunches in the lobby, and still claim the full per diem,” “You are supposed to, by the rules, if you have a lunch in the lobby, eliminate that lunch from your daily per diem. I don’t know how many Members are doing that,” said Lukiwski during an operations committee meeting in November.

“If we’re going to talk about cutting down on costs, let’s go all the way. I mean, let’s really talk about saving taxpayers’ dollars.”

As MPs enjoy their free meals, many Canadians are struggling to make ends meet as a result of the pandemic and the ensuing lockdowns.

According to Canada’s Food Price Report 2021, Canadians are expected to pay up to $695 extra for groceries next year. The growing cost of meat, bread and vegetables will contribute to an 3% to 5% increase in food.

Further, food bank usage has increased across Canada. According to Feed Ontario, Ontario has seen a 26.5% increase in first-time visitors at food banks across the province since the onset of the coronavirus pandemic.