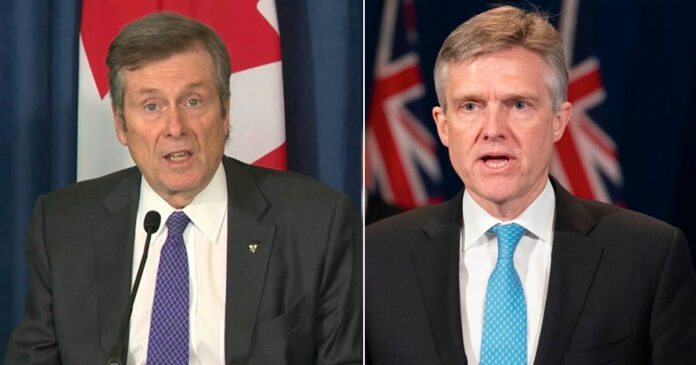 Toronto Mayor John Tory refused to condemn Finance Minister Rod Phillips after it was discovered he left Canada to vacation while Ontario was in lockdown.

Speaking to the media on Tuesday, Tory called Phillips’ actions a mistake, but added that he stands beside him as a friend.

“People who know me also know that I especially stand by my friends when they make mistakes and when they’re in trouble because I just think you have to do that,” he said.

“It’s not about the actions, it’s about the person.”

On Monday, Phillips admitted to leaving Canada on December 8 for a “previously planned personal trip” to the Caribbean island of St. Barts.

Phillips made the trip abroad despite the Ontario government’s advice to “stay home as much as possible.” The Public Health Agency of Canada also advised the public not to leave the country.

On Christmas Eve, Phillips told Ontarians that “we all make sacrifices this Christmas” and acknowledged many will not be home for the holidays this year. Phillips also posted what appears to be a pre-recorded Christmas message from his house in Ajax.

In a statement, Phillips said he will be returning to Ontario as soon as possible and will begin 14 days of self-isolation upon arrival.

In May, Tory was caught breaking his own lockdown rules when he was caught not social distancing and wearing his mask improperly while talking to Torontonians at Trinity Bellwoods Park. Tory had previously scolded those who violated the city’s pandemic restrictions.