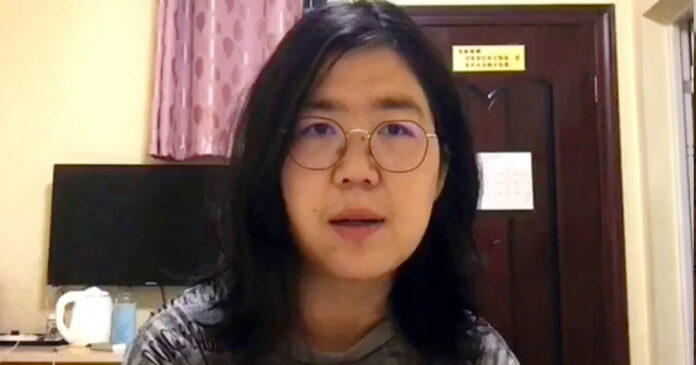 A journalist who exposed the Chinese government’s failure to manage the coronavirus pandemic has been sentenced to four years in jail.

37-year-old Zhang Zhan, a citizen journalist and devout Christian, began her sentence in Shanghai earlier this week for “picking quarrels and provoking trouble” by reporting on the pandemic in Wuhan.

“Zhang Zhan attended the trial in a wheelchair and was in poor health,” lawyer Zhang Keke said.

“She did not immediately say if she would appeal [against the sentence].”

Zhang arrived in Wuhan in early February to report on the coronavirus situation in the city. Through video reporting, Zhang exposed the government’s poor management of the pandemic and the silencing of whistleblowers.

In May, Zhang disappeared after accusing the government of operating on “intimidation and threats.” Her family later found out she had been arrested later.

According to Zhang’s friend Li Dawei, she was motivated by her Christian faith to tell the world the truth about what was going on in Wuhan, saying journalism was God’s calling for her.

“I warned her about going to Wuhan when everyone else was trying to leave. She is a staunch Christian and said it was God’s will — she had to do this and tell everyone the truth.”

Zhang began a hunger strike in June to protest her treatment. According to her lawyer, Zhang is “physically fragile” and is being force-fed by authorities.

“When I met her days ago, her hands were tied to the waist and a nasogastric tube was inserted in her nose,” her lawyer said.

“She has a strong will.”

Numerous journalists and organizations suggested that China downplayed the coronavirus and intentionally hid the true extent of the pandemic before allowing the virus to spread globally.