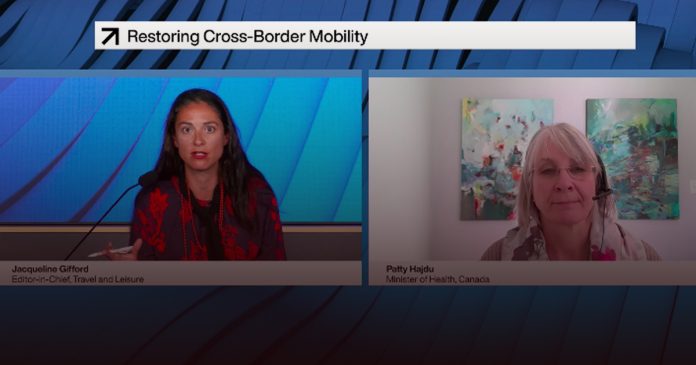 Health Minister Patty Hajdu was a panelist at the Davos Agenda on “restoring cross-border mobility,” except a large part of her panel discussion actually took place behind closed doors, inaccessible to the media and the public.

Hajdu’s press secretary declined to tell True North what Hajdu spoke about. At the very least, this is a blow against the transparency the Justin Trudeau government said it would embrace, True North’s Andrew Lawton said. At worst, issues that will affect Canadians are being discussed in venues without accountability, and without democratic oversight.