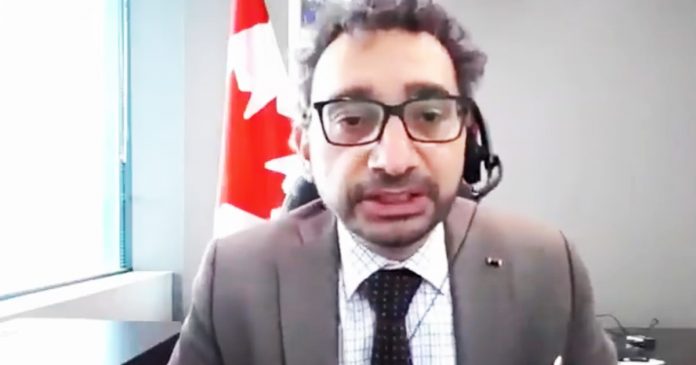 Canadians who have been fully vaccinated against COVID-19 must still abide by the Liberal government’s travel restrictions.

Transport Minister Omar Alghabra revealed this during Question Period in the House of Commons on Monday in response to a question from Conservative MP Michelle Rempel Garner.

“Canada is two million doses short of vaccines this week. Will those who are vaccinated be exempt from the Liberals’ too-late travel restrictions?” Rempel Garner asked.

“We still don’t have information about the effect of the vaccine on transmissibility therefore all Canadians will be subject to these measures,” Alghabra replied.

In a follow-up question, Rempel Garner said there’s “no clear end in sight” for Canadians, even assuming vaccines will be available for those who want them.

“So now the Liberals are saying that even being vaccinated doesn’t guarantee an end to restrictions,” she said. “Canadians have stayed at home, they’ve washed their hands, they’ve worn masks and they’ve sacrificed a lot. With rapid tests and vaccinations available to the world but not to us, Canadians shouldn’t have to accept more restrictions without a clear end in sight and without that type of a word salad from the minister.”

Under the restrictions announced Friday, all people entering Canada by air must quarantine in a government-approved hotel at their own expense pending a negative test result, in addition to the negative test result one must show to board a plane to Canada. Entry testing has also been extended to Canadians returning to the country via land borders.

The government also reached an agreement with Canadian airlines to suspend flights to Mexico and the Caribbean until at least Apr. 30.

Early on in the pandemic, the Liberal government was resistant to travel restrictions and border measures.

During the holidays, several Liberal MPs were forced to resign from their governmental positions after it was revealed that they had travelled abroad while their government insisted that Canadians remain at home.

One Liberal MP, Kamal Khera, admitted to travelling to Seattle before resigning from her role as a parliamentary secretary.

It was also revealed that Minister Hajdu herself repeatedly flew back and forth between her home in Thunder Bay and Ottawa while she told Canadians to shelter in place.