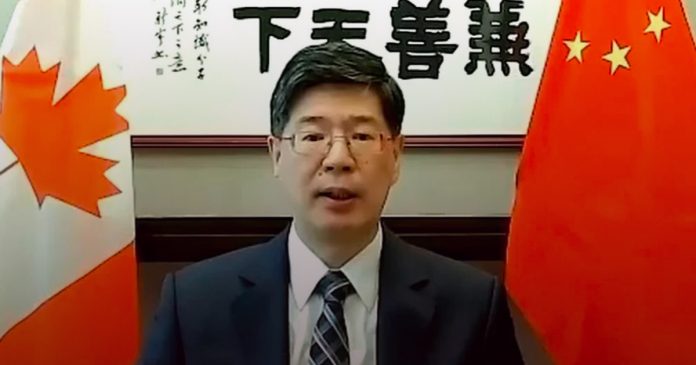 The Chinese embassy in Canada issued a statement last week demanding that Canadian media outlets do more to promote “China-Canadian friendship.” The embassy also accused Canadian outlets of being used by “anti-China” forces to slander Beijing.

“We call on relevant Canadian media to abide by professional ethics, respect facts, distinguish right from wrong, and do more to promote China-Canadian friendship and mutual understanding between the two peoples, instead of being used by anti-China forces as a platform for disseminating disinformation, attacking and slandering China,” wrote a spokesperson for the embassy.

China has been recently ramping up its propaganda efforts to contain the international blowback to the Chinese Communist Party’s mass internment and human rights abuses against the Uyghur minority in the Xinjiang region.

The statement was issued in response to an article by the National Post which characterizes the situation as a genocide. However, this is not the first instance where the CCP regime has taken issue with Canadian reports it views as unflattering.

Last week, the embassy issued a similar statement calling on Canadian media to tow the CCP line when it comes to reporting on Hong Kong and Taiwan.

Critics have been pushing the Canadian government for some time now to classify the CCP’s treatment of the Uyghurs and other minorities as a genocide.

Last month, the US State Department declared that the actions perpetrated against the Uyghur peoples in China constitute an ongoing genocide.

“I believe this genocide is ongoing, and that we are witnessing the systematic attempt to destroy Uyghurs by the Chinese party-state,” said former Secretary of State Mike Pompeo.

In response to the US decision, Prime Minister Justin Trudeau stopped just short of making the same declaration but did claim that he “acknowledged” the American designation.

“We have been speaking up directly to China’s leadership for many years now on our concern of women and ethnic minorities in Western China and throughout China. We will continue to stand up for human rights everywhere around the world. We will continue to call for better transparency and understanding what’s happened,” said Trudeau in the House of Commons.