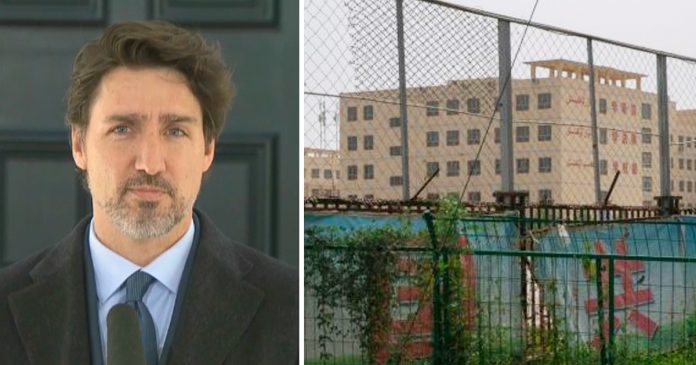 In the House of Commons on Wednesday, Prime Minister Justin Trudeau stopped short of labelling China’s treatment of the Uyghur minority a genocide but did “acknowledge” the US government’s decision to do so.

Trudeau made the statement in response to an exchange with Conservative Party MP and international development critic Garnett Genuis regarding recent testimonies to the BBC by Uyghur women on torture and sexual violence being committed against them.

“If the prime minister is going to wait until the government of China allows independent investigators in to investigate their crimes, these investigations are just never going to happen. The government has a responsibility to listen to this testimony, and we’ve heard that testimony. And I would submit to the prime minister, if he hasn’t, please read the BBC report on this,” said Genuis.

“These women are speaking out about systemic sexual violence that they have experienced in contemporary concentration camps. So if we don’t call that genocide Mr. Speaker, then what name would the prime minister apply to these crimes?”

“We have been speaking up directly to China’s leadership for many years now on our concern of women and ethnic minorities in Western China and throughout China. We will continue to stand up for human rights everywhere around the world. We will continue to call for better transparency and understanding what’s happened,” said Trudeau.

“We acknowledge that the US has made the determination that these acts constitute a genocide. We will continue our work with them and with other allies to move forward and protect these people.”

In January, the US State Department declared that the Chinese government was involved in an ongoing genocide against Uyghurs and other ethnic minorities.

“I believe this genocide is ongoing, and that we are witnessing the systematic attempt to destroy Uyghurs by the Chinese party-state,” said former Secretary of State Mike Pompeo.

The Canadian government has yet to make a firm declaration on the matter, however, the Commons Subcommittee on International Human Rights did classify the treatment of Uyghurs in China as a genocide in October.

Uyghur advocacy groups have been pushing the Liberal government to take a harder stance against China’s human rights abuses.

As exclusively reported by True North, Uyghur advocacy groups called on the Canadian government to reject Huawei’s bid to join Canada’s 5G network due to its involvement in human rights abuses in China.

“Given the evidence that Huawei plays an integral part of the massive surveillance state in East Turkistan and the constant harassment the Uyghurs in Canada witness, this leaves us with legitimate concerns about Huawei’s 5G technology being used to target even more [sic] the Uyghurs in Canada,” Zumretay Arking, Program & Advocacy Manager of the World Uyghur Congress, told True North.