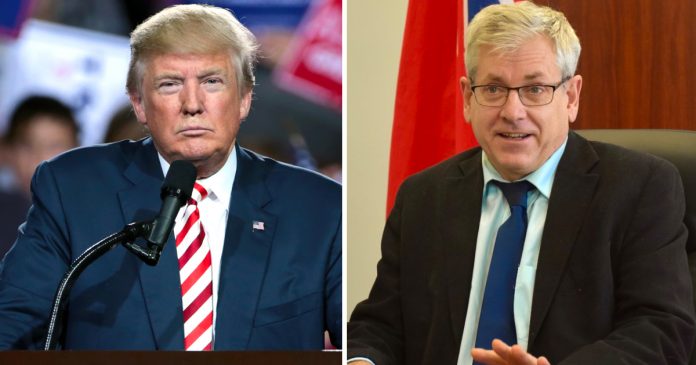 Currently, the former president is facing his second impeachment trial in the Senate for allegedly inciting an insurrection during the January Capitol Hill riots.

“This video is a must watch. It is the prosecution video of the horrific violence that took place in Washington. It is truly shocking. Impeachment is the least of what should befall Donald Trump,” tweeted Angus linking to a heavily edited video of the event.

Republican Sen. Rand Paul has indicated that the Democrat-led impeachment effort has “zero chance” of conviction.

According to Paul, 45 Republicans have pledged to stop the proceeding in its tracks. The US Constitution requires two-thirds of the Senate to vote in favour of impeachment for a conviction to succeed.

“Zero chance of conviction. Forty-five Republicans have said it’s not even a legitimate proceeding so it’s really over before it starts. As far as witnesses, I think unlikely to be witnesses; if they do want witnesses, there’s going to be so much evidence that the president had nothing to do with this,” said Paul.

As exclusively reported on by True North, nearly two weeks after Trump lost the 2020 election, the NDP continued to obsess over the president on social media.

On the eve of  election night, NDP MP Peter Julian went so far as comparing the Republicans to Hitler and the Nazis in the 1930s. Julian also claimed that “Donald Trump represents fascism,” “white supremacy” and “unbelievable patriarchy.”