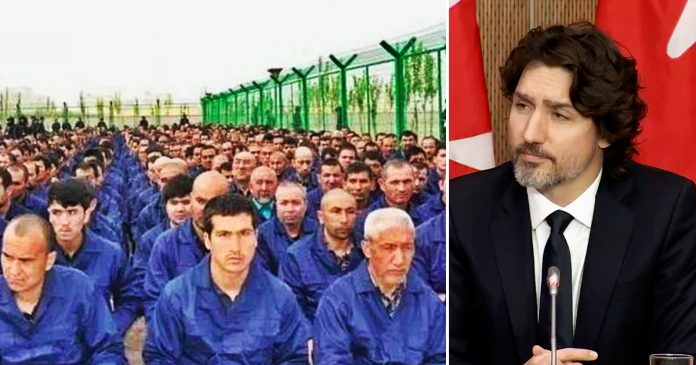 Prime Minister Justin Trudeau refused to label China’s mass-internment of the Uyghurs a genocide on Tuesday.

Trudeau called the designation “extremely loaded” and that it should be properly justified before being applied to the situation but maintained that it’s a course of action that Canada should be pursuing.

The prime minister has been facing increased pressure from the official opposition and Uyghur rights groups to take a harder stance on China’s ongoing human rights abuses.

Over the weekend, newly-appointed Minister of Foreign Affairs Marc Garneau said the Liberal government has yet to determine whether China’s actions constituted a genocide.

“I don’t know what the situation is with respect to that,” said Garneau during an appearance on CBC’s Power & Politics.

“That will be a government position. I don’t have a position on that at this point.”

The prime minister himself also stopped short of applying the term earlier this month but did “acknowledge” the US government’s decision to classify China as complicit in an ongoing genocide.

In 2019, following the tabling of a report into the disappearances of missing and murdered Indigenous women and girls, Trudeau accepted the finding that the incidents amounted to an act of “genocide.”