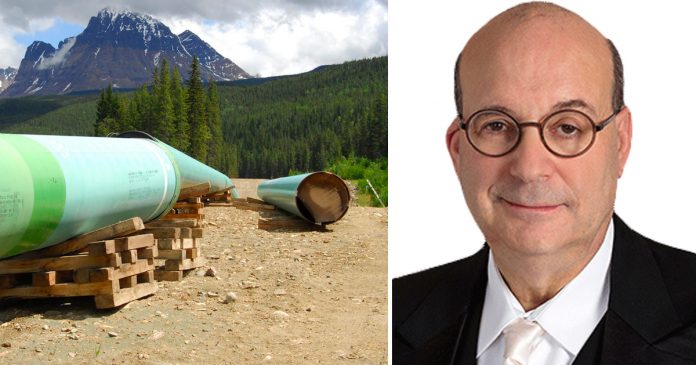 The Keystone XL pipeline was to carry 830,000 barrels of heavy crude oil a day from Alberta to Nebraska, employing 2,800 Canadian workers during construction. It was slated to be the first pipeline fully powered by renewable energy sources.

But on his first day of office, US President Joe Biden revoked TC Energy Corporation’s permit to build Keystone XL.

“This is actually a very serious issue and it needs to be dealt with,” University of Calgary professor of economics Jack Mintz said at a panel discussion event held by the Macdonald-Laurier Institute on Tuesday.

“I don’t think Canada can stand by this at all.”

“The reason why Keystone XL was very important to the industry was not just because it provided greater pipeline capacity for moving oil down, but also because it gave the best netbacks,” Mintz explained, referring to the gross profit per barrel of oil.

“We have to remember that the cancellation of XL will at times lead to some severe problems with pipeline capacities – when a particular pipeline is down, all of a sudden the industry finds that it cannot ship its oil easily, unless it ships it by train, which is more costly to do as well as having higher environmental impacts.”

“Then we are going to have a situation where the price of oil in Alberta is going to be discounted more heavily relative to the Gulf Coast, and of course that means less profits… lower taxes for federal and provincial governments, as well as losing export revenues which will have an impact on Canada’s exchange rate to a certain extent.”

Though Mintz said retaliatory action against the US would be inappropriate, he noted that Canada needs a better deal.

One of Mintz’s policy suggestions was that Canada implement carbon border adjustments: because the US doesn’t have a carbon tax, Canada could put a carbon tax on items coming in from the US. He also suggested Canada seek out new markets, as Canada currently exports 90% of its oil and gas to the US.

Reviving the Energy East pipeline project, routing oil through Churchill, MB and Hudson’s Bay or via BC are some ways that oil could get to market, as well as transporting oil by rail through Alaska. But Mintz notes that none of these options would have the same rates of return as the Keystone XL pipeline.

“But now that Keystone XL is dead, I think we have to think of whatever policy alternatives we can have for the future.”

Alberta Premier Jason Kenney called the cancellation of Keystone XL “an insult directed at the United States’ most important ally and trading partner on day one of a new administration.”

Conservative leader Erin O’Toole called on Prime Minister Justin Trudeau to “immediately reach out to the incoming U.S. administration to stop this from happening and stand up for working Canadians across Canada.”

Prime Minister Justin Trudeau’s only comment on the matter was that he is “disappointed.”

“I think Keystone is dead. [Biden]’s withdrawn the permit, he’s not going back. He made that commitment and so we just got to get over it, move on and find these places on clean energy where we can cooperate,” said Podesta.

“I don’t know what I can say other than diplomatically the reason that the US has the option to say no to Keystone has more to do with the increase in US production of oil and gas between the time Keystone was announced and today, than anything we can say or do in Canada,” added Butts.