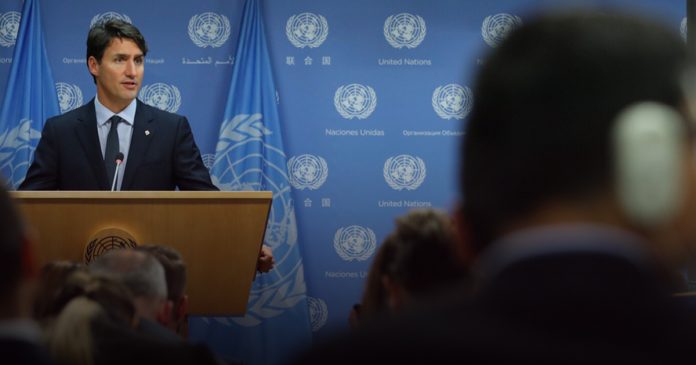 A new poll by the Macdonald-Laurier Institute found that Canadians want Ottawa to more closely partner with allied democracies instead of international organizations like the UN when it comes to foreign policy issues like dealing with China.

According to the poll, 50% of those polled said that “Canada should more often side with the alliance of democracies rather than always go along with what multilateral organizations like the UN want.”

The poll also found that 67% of Canadians think Canada should have stronger relationships with democracies in the Indo-Pacific region.

“The results here reinforce a point that MLI has been underscoring for some time – Canadians understand the importance of the Indo-Pacific region and want to premise our engagement on relationships with like-minded partners, like Japan, India and Australia,” writes Senior Fellow and Director of MLI’s Indo-Pacific Program, Jonathan Berkshire Miller.

Canadians also want their federal government to do more for NATO and that the alliance remains integral to Canada’s security. When questioned, 61% of poll respondents say that Canada should become “much more active” in NATO.

On Monday, Canada’s House of Commons successfully voted to declare China’s treatment of the Uyghur Muslim minority in the Xinjiang region as a genocide.

Despite bipartisan support for the motion, Prime Minister Justin Trudeau and the Liberal cabinet abstained from voting on the matter.

It is estimated that around one million Uyghur men, women and children are being held in re-education and forced labour camps throughout the region.

According to recent reports, prisoners are being subjected to mass sexual abuse and torture at the hands of Chinese authorities.