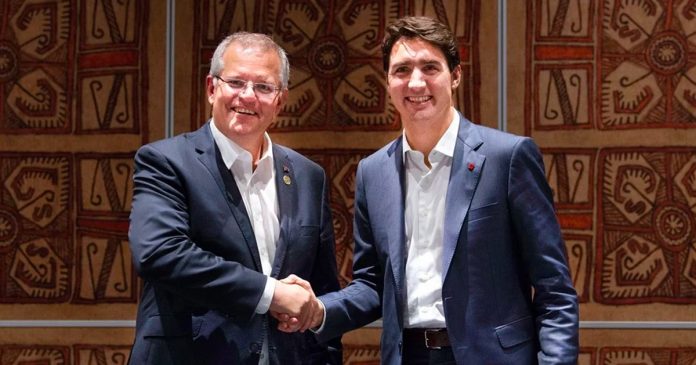 This month, Facebook announced that it would be banning all Australian-sourced news content from its platform as a result of proposed legislation which would force the social media platform to financially reimburse content producers in the country.

On Tuesday, Facebook announced it would reverse the ban and restore news content to its users in Australia.

As reported on by True North, the ban also prohibited Canadians from accessing Australian content from within Canada.

“I am pleased to report that there has been some very good progress in some other countries such as Canada,” said Henderson.

“Some initial reports that have just come out in the last day or so have indicated that Canada is poised to support the very landmark and world-leading example of the Morrison government and make companies like Facebook pay for news content generated by Canadian publishers. The Canadian heritage minister, Steven Guilbeault, strongly condemned Facebook’s move.”

“I read over the weekend that Canada is seeking to progress laws similar to those we’re discussing here today, and it seems like Facebook’s tactics and actions have only redoubled the commitment of the Canadian government to continue down that path. If we were to buckle to these kinds of tactics from Facebook, we would be outsourcing the political decisions of our country to a US based company,” said Canavan.

Currently Bill C-10, which seeks to revamp Canada’s Broadcasting Act, is being studied by a parliamentary committee. The bill seeks to force companies like Netflix to invest in Canadian content and pay regulatory taxes to the federal government.

According to the Canadian Press, Prime Minister Justin Trudeau and Australian Prime Minister Scott Morrison spoke over the phone on Tuesday and “agreed to continue coordinating efforts to address online harm and ensure the revenues of web giants are shared more fairly with creators and media.”