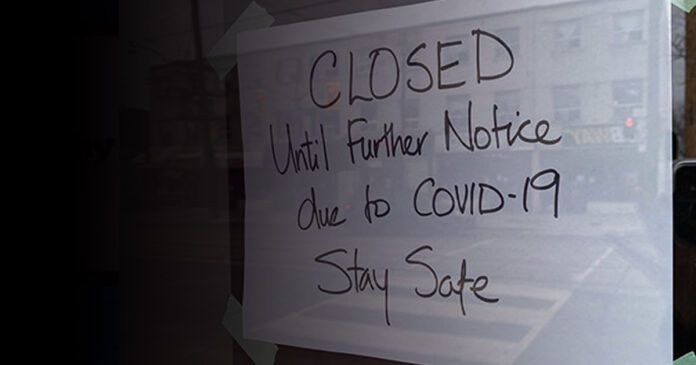 Small businesses in Canada had to take on extreme levels of debt in order to sustain themselves since the beginning of the pandemic.

According to a new report by the Canadian Federation of Independent Business (CFIB), small businesses took on $135.1 billion in new debt, with the average debt per business now nearing $170,000.

“Over the last six months, the average debt taken on by small businesses to deal with COVID-19 has grown significantly,” said CFIB Executive VP Laura Jones.

“While many businesses had previously reopened and were attempting to regain lost sales, the second wave and the restrictions that came with it are putting a massive wrench in an already slow recovery for small businesses.”

Of the businesses surveyed, 40% said it will take them more than a year to return to typical profit levels. 11% of business owners fear they may never repay their debts.

Throughout the pandemic, governments have instituted lockdowns which have shuttered small businesses while allowing big box stores to continue operating. Many small businesses have chosen to go into debt to keep paying salaries and rent despite not being allowed to open.

While governments have offered limited help, many small businesses find themselves unable to qualify.

“We must also keep in mind that businesses are much more fragile now than at the beginning of the pandemic, and every effort should be made to keep businesses open while managing the health implications of the virus.”

Last year, the CFIB estimated that 160,000 to 225,000 small businesses may close permanently as a result of the pandemic and ensuing lockdowns.