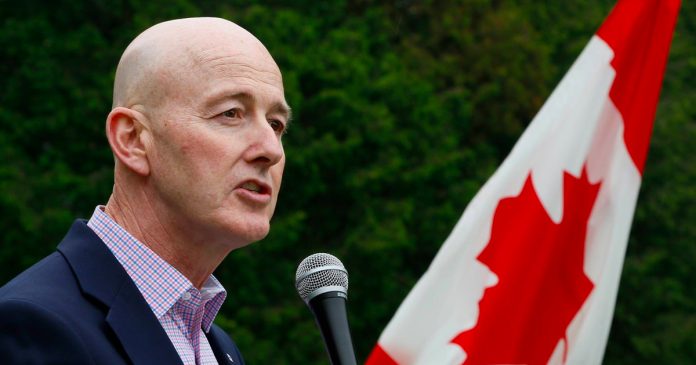 Speaking with Baber on Wednesday, Sweet said government lockdowns have caused “incalculable suffering to all Canadians.”

“Lockdowns, by their nature, are a threat to mental health,” Sweet said.

“The financial consequences that family businesses, entrepreneurs and workers are experiencing because of lockdowns is huge.”

Sweet cited that opioid overdoses have skyrocketed and screenings and treatments for diseases have decreased because of lockdown measures.

The two politicians are asking the Ford government to move the entire province into the Green Zone and implement the fewest number of restrictions.

“The attitudes toward the lockdown have changed and we are seeing more people publicly speaking out against it,” Baber said.

“We should move the entire province into Green, while securing infection control and adequate staffing in long-term care homes.”

Conservative Leader Erin O’Toole issued a statement on Wednesday in response to Sweet calling for an end to the lockdowns. O’Toole says he understands why some Canadians are frustrated but it should not lead to “counterproductive behaviour.”

“My view and the view of the CPC is that we respect the work being done by our premiers and health officials throughout the crisis. They are trying to put the health of Canadians first,” O’Toole said.

“We all want the crisis to pass as quickly as possible and are frustrated by the slow pace of vaccine development in Canada.”

Sweet has served as the Conservative MP for Flamborough-Glanbrook since 2006. Sweet has held many roles in the Conservative caucus and in the House of Commons, most recently as the chair of the committee on Access to Information, Privacy and Ethics.

Sweet has already announced that he will not seek reelection.

Baber was removed from the Ontario PC caucus in January after he wrote an open letter calling to the end of lockdowns in the province. Baber claimed that lockdowns increased suicides, bankruptcies and divorces without making a difference in ICU capacity.

In February, a number of current and former politicians, including former Conservative MP Derek Sloan, formed the Anti-Lockdown Caucus – a non-partisan organization calling for an end to lockdowns.