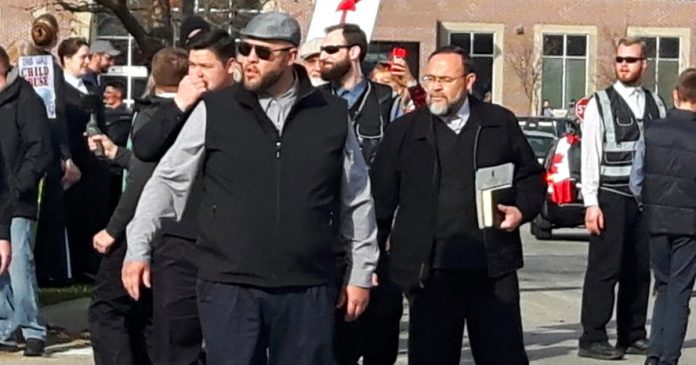 The Conservative Party of Canada (CPC) has allegedly kicked out a controversial anti-lockdown pastor from Aylmer, Ontario and his son.

Pastor Henry Hildebrandt and his son Herbert Hildebrandt have recently made national news for participating in anti-lockdown protests and leading church services contrary to coronavirus restrictions.

According to Herbert Hildebrandt, both his father’s and his membership were revoked by the party without explanation.

“The party revoked both his and my membership, refused to provide reasons beyond referencing the general reasons why they can do so, ie. conduct unbecoming a member, etc. I appealed and the decision was upheld by the executive,” Hildebrandt told the Western Standard.

“As soon as I filed for the delegate spot, it was only three days I think or four days and boom, I got it. I got the letter, and then my dad as well. I’m sure there’s other ones.”

True North reached out to the CPC’s Director of Communications Cory Hann to confirm whether the Hildebrandts’ memberships were revoked but was told that the party doesn’t confirm the membership status of individuals.

Aylmer’s Church of God has been paid several visits by police, culminating in several charges against the church and its members, including an obstruction of justice charge against the younger Hildebrandt.

In November 2020, thousands of people flocked to the community to join a Freedom March in opposition to coronavirus lockdowns.

According to the Hebert Hildebrandt, CPC Leader Erin O’Toole is giving in to cancel culture.

“I’m sure that it’s since we’ve been involved with many of the anti-lockdown activities, been very vocal on religious freedoms and how the charter is being demolished right now with these emergency orders and edicts that are seemingly have no expiry date anymore. That’s what we’re presuming. They call it conduct unbecoming a member. I’m assuming that that would be probably the reason why, because O’Toole is taking that in a totally different direction,” said Hildebrandt.

“The membership revocation, it’s not such a big deal for us. But we really believe firmly that it’s part and parcel of the entire cancel culture that Erin O’Toole himself spoke out against when he was running about the evils of cancel culture. And now he has embraced and perfected it in his own party to stamp out any dissent or anything that he feels like would be negative for the party in the mainstream media because he wants to be a media darling, not a leader,” he said.