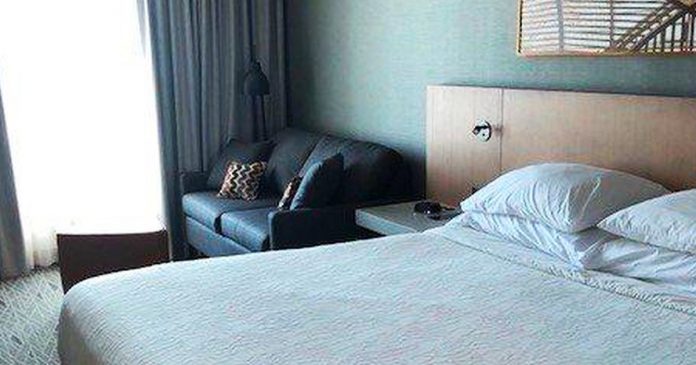 The Public Health Agency of Canada (PHAC) is currently in the process of accepting more hotel accommodations as federal quarantine facilities, a statement emailed to True North reveals.

“PHAC is currently accepting more hotels as government-authorized accommodations to ensure additional rooms are available for travellers. Currently, there are 47 hotels available, some of which now can be booked online,” said a PHAC spokesperson.

“More rooms will also become available as passengers get their test results and vacate the facilities following their mandatory stay.”

Under the current rules in place, travellers are required to have a government-authorized hotel booking before entering Canada, per the Quarantine Act. Those who fail to find proper accommodations can be ticketed up to $3,000 for each day they were found to be non-compliant.

“Travellers who pre-booked the required government-authorized accommodation must go to the hotel as per their booking,” a PHAC spokesperson told True North.

“A traveller who could not secure a room at a government-authorized hotel will be assessed by a Quarantine Officer and may be directed to a designated quarantine facility or another suitable place to quarantine, if they have private transportation to get there. A traveller may also be fined for not booking a room in advance.”

Federally-mandated quarantine sites have faced increasing scrutiny as many travellers have complained about the poor conditions of the hotels. There have been numerous reports about a lack of food, transparency and security. In February, two women were allegedly sexually assaulted while under a government self-isolation order.

Liberal Health Minister Patty Hajdu was grilled in the House of Commons in February after reports revealed that one woman was allegedly sexually assaulted after staying at a federal quarantine facility where the locks were removed from her door allowing the assailant to force himself in.

“On entry into Canada, her passport was seized and she was forced into a taxi without knowing where she would be taken. She was forced into a federal run facility under a federal duty of care by the Liberal government and she was sexually assaulted. This is misogyny and a gross violation of her rights. The deputy prime minister and the health minister have implied that the victim shouldn’t have travelled. Were they suggesting that she deserved what happened to her under their duty of care?” asked Conservative MP Michelle Rempel Garner.

“Every woman deserves to live a life free of violence and a life of dignity but I will repeat that these border measures are in place to protect Canadians and they will remain in place until such time that science and evidence indicates that it is safe to release them,” said Hajdu in response.

Conservatives have since called on the Liberal government to suspend the program until an investigation into the incident is conducted and measures are put into place to ensure that it never happens again.

“The federal government has a duty of care to people in these facilities. They have not been able to show that they are able to execute that and we also know that we have tools like pre and post arrival testing and at home quarantine that can be used to protect Canadians from the spread of the variant.”