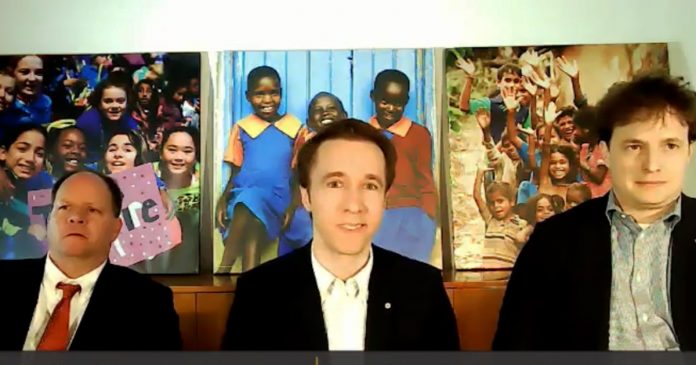 WE Charity co-founders Craig and Marc Kielburger were grilled by parliamentarians on Monday over the organization’s handling of the federal summer student service grant.

In his opening remarks before the House of Commons ethics committee, Marc Kielburger shifted blame onto the Liberal government, accusing them of politicizing the grant process and unnecessarily entangling the charity with a scandal.

“WE Charity agreed to help, that’s what charities do, they help for what is needed. We didn’t advise the prime minister and minister Morneau to not recuse themselves, we never prorogued parliament, we’re not involved in the decision to filibuster the committee this fall,” said Marc Kielburger.

“This is a political scandal for the government, not WE Charity. The government hid behind a children’s charity by letting it take the fall for their political decisions, and the opposition allowed them.”

This is not the first time the once-esteemed youth activists have appeared before a parliamentary committee to answer questions on the grant.

Prior to Prime Minister Justin Trudeau’s decision to prorogue parliament last Summer, a number of committees, including the ethics committee, were undergoing a study into WE’s relationship with several members of Trudeau’s family and cabinet.

According to prior testimony, the Kielburgers revealed that the Trudeaus, including the prime minister’s wife, his mother and his brother had collectively received over $500,000 in the form of speaking engagement fees and covered expenses while at WE events.

On the issues of involvement in the grant selection process from those close to the Liberal cabinet, Conservative MP and committee member Pierre Poilievre pushed the Kielburgers on a LinkedIn message sent to Bill Morneau’s chief of staff and adviser to the prime minister Ben Chin on June 27, 2020.

“What was the role exactly of Mr. Chin, senior adviser to the prime minister, in setting up this program?” asked Poilievre.

“Not that I’m aware of,” replied Craig Kielburger.

“Then why did you send him a message on LinkedIn on June 27th saying ‘Hello Ben, thank you for your kindness in helping shape our latest program with the government. Warmly, Craig’?” asked Poilievre.

“You’ve got yourself in a lot of trouble here, you’ve just said a moment ago that you thought that the prime minister’s senior adviser Mr. Chin had no role in the establishment of the program but I have correspondence where you thanked him for helping shape that very program. So why did you thank him for shaping the program when now you claim that you didn’t know he played any role in the program?” Poilievre continued.

During their appearance, the Kielburgers were also questioned on recent reports that the charity had removed plaques promised to donors.

Former WE Charity donor Reed Cowan called the RCMP and the US Internal Revenue Service to investigate the organization after he was informed that a plaque meant to commemorate his deceased four-year-old son was removed and replaced with another donor’s name.

“I demand that every penny paid to WE and Free the Children by the groups I brought there for what feels like a sham experience be immediately reimbursed. Every penny,” said Cowan in a YouTube statement.