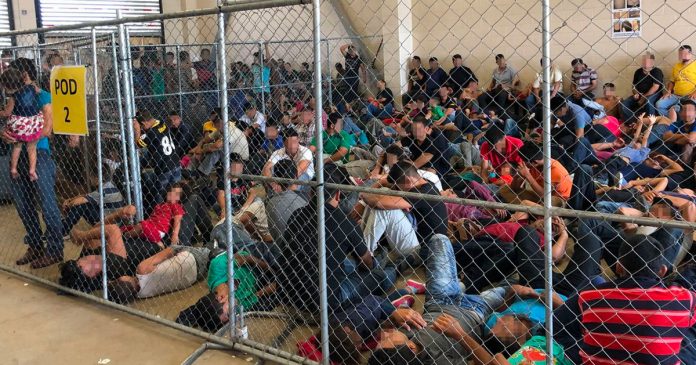 US President Joe Biden hopes to fly thousands of migrants to northern states along Canada’s border for processing due to the recent crisis affecting the nation’s southern border with Mexico.

According to the Washington Post, the US Customs and Border Protection (CBP) requested to be allowed to transport the illegal border crossers after thousands of them, including children and families, were unable to be processed.

Currently, the Biden administration is holding over 4,500 unaccompanied children in detention cells and government facilities, a practice for which former president Donal Trump regularly received criticism.

Internal communications indicate that the CBP has yet to decide on which states will be chosen as processing locations.

True North reached out to the office of the Minister of Public Safety Bill Blair to discuss whether the Canadian government was monitoring the situation at the US-Mexico border.

“We will always ensure that Canada remains a welcoming country for those fleeing war and persecution. Our government will continue doing what is necessary to keep our communities safe,” Blair’s Press Secretary Mary-Lix Power told True North.

“Questions about events at or the security of America’s borders should be directed to American authorities.”

During Trump’s presidency, several Liberal and NDP MPs accused the former president of putting “kids in cages” when he faced a similar crisis in 2018.

“Children are being torn from their parents & held hostage in cages along the US southern border Lives are being destroyed & Canada is being called to action PM Trudeau must stand up for human rights, help these children & families, and suspend the #SafeThirdCountry Agreement,”  tweeted NDP Leader Jagmeet Singh on June 19, 2018.

Earlier this week, True North reached out to the seven MPs who characterized Trump’s decisions as “putting kids in cages” to ask whether they would use the same terminology to describe Biden’s handling of the border.

Not one MP responded to our requests for clarification.