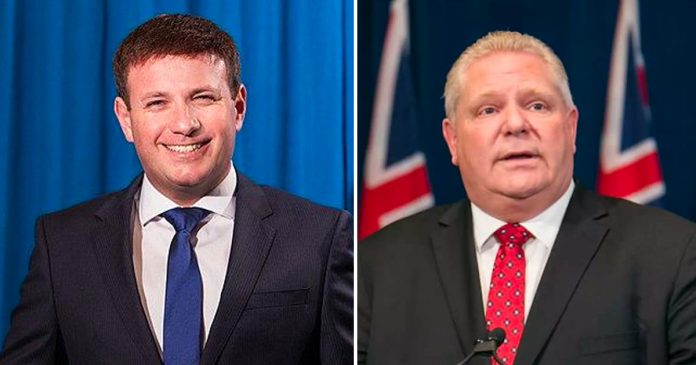 Speaking to Newstalk 1010 on Thursday, Baber said his lawsuit seeks to end restrictions on outdoor gatherings, which Baber says are unscientific and violate “fundamental freedoms.”

“One thing that’s becoming clear is that the prospects for risk of transmission outdoors is exceedingly low,” he said.

“Therefore I submit that it’s not demonstrably justifiable, that it’s not warranted, to impose restrictions on various outdoor activities, such as protests, such as the ability to pray outdoors and gather outdoors.”

Under Ontario’s five-tier colour-coded lockdown zones, outdoor gatherings are strictly limited. Even in green zones, in which the COVID-19 threat is deemed minimal, only 100 people can gather outdoors.

In his court filing, Baber noted the restrictions on outdoor worship services conducted by the Toronto Jewish Russian Community Centre in his riding as unconstitutional.

In a statement, the Attorney General of Ontario claimed the Ford government’s actions have always been in the name of protecting the public from coronavirus.

“As this is now before the courts, we will not be commenting any further,” a spokesperson said.

Baber was removed from the Ontario PC caucus in January after he wrote an open letter to Ford calling for an end to lockdowns. Baber noted that the negative effects of lockdowns are hurting Ontarians while ICU capacity is actually better than before the pandemic.

Since becoming an independent, Baber has become a leading opponent of lockdowns in Ontario.