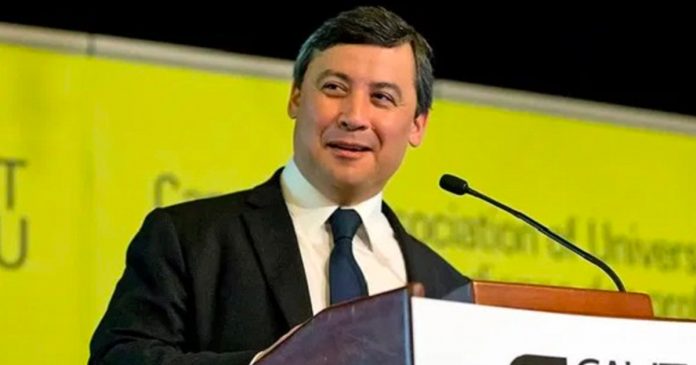 The Chinese Communist Regime has banned Conservative MP Michael Chong from entering China and prohibited any Chinese citizen from conducting business with him.

China has also issued sanctions on the House of Commons international human rights committee, which is currently studying the situation of the Uyghurs and other Turkic Muslims in China’s Xinjiang region.

Chong has been a vocal opponent of the Chinese government and has voiced his concerns about China’s atrocious human rights record. Chong has repeatedly labeled China’s treatment of Uyghurs a genocide and has called for the boycott of the upcoming 2022 Beijing Winter Olympics.

On Saturday, Chong said he refuses to be silenced and will continue to speak up about China’s genocide and its violations in Hong Kong.

“We who live freely in democracies under the rule of law must speak for the voiceless,” Chong said on Twitter.

“If that means China sanctions me, I’ll wear it as a badge of honour.”

Prime Minister Justin Trudeau responded to the Chinese sanctions on Saturday, calling the sanctions an attack on freedom of speech regarding human rights abuses in the Xinjiang region.

“China’s sanctions are an attack on transparency and freedom of expression — values at the heart of our democracy,” Trudeau tweeted.

The Chinese regime said its actions were in response to sanctions levied by Canada and other western allies against individuals and entities believed to be involved in the ongoing genocide against the country’s Uyghur minority.

“The Chinese government is firmly determined to safeguard its national sovereignty, security and development interests, and urges the relevant parties to clearly understand the situation and redress their mistakes,” the Chinese foreign ministry said in a statement.

China also imposed sanctions against the chair and vice-chair of the United States Commission on International Religious Freedoms.