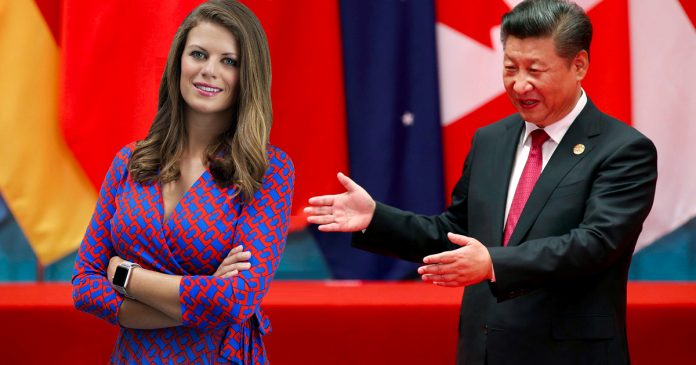 President and Editor-in-chief of Xinhua He Dong said True North’s recent coverage of China was too critical, and that the Chinese media giant felt obliged to act by purchasing the Canadian outlet.

“Frankly, we weren’t too happy with True North’s coverage of the Chinese Government or Xi Jinping,” He said.

“In an ideal world, all Canadians should be willing to ignore China’s actions, whether it be the complete disregard for human rights or its belligerent trade practices – like the Canadian Prime Minister, but one can dream.”

By purchasing True North, and paying off the handful of independent journalists left in Canada, Xinhua said that even skeptical, independent-minded Canadians will soon gain a newfound respect for the Chinese Communist Government. Canadians can look forward to True North’s rosey new editorial coverage in the coming weeks.

“We welcome this positive development and increased diversity of Canada’s news landscape. As I’ve mentioned before, China is the country I admire the most,” Trudeau said glowingly.

“Our government will swiftly ensure that True North is admitted into the Parliamentary Press Gallery, and that the new Chinese-owned True North begins receiving media subsidies as soon as possible,” said a Liberal government spokesperson.

True North viewers can look forward to the same type of groundbreaking coverage they have been familiar with in recent years – but with some Xi Jinping-esque swaggery.

For example, True North’s The Andrew Lawton Show will continue to operate – but Andrew Lawton will be relocated to Xinjiang in an undisclosed camp, where Chinese officials promise he’ll be “looked after.”