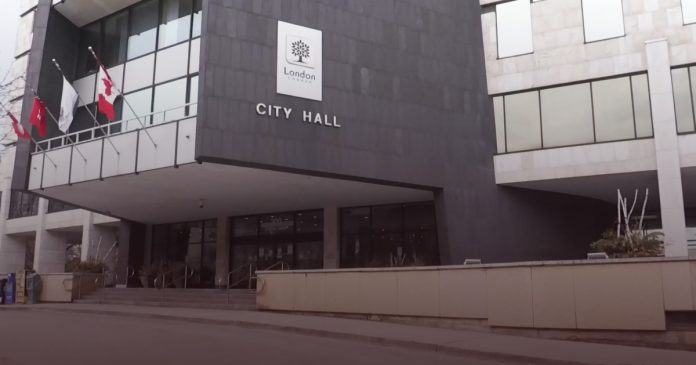 A motion to begin a study into the unintended consequences of lockdowns, mask wearing and other public health measures in London, Ontario was dead on arrival on Tuesday afternoon after councillors refused to support the initiative.

The motion presented notes that “public health restrictions may continue to be considered in the face of new pathogens with varying degrees of transmissibility and severity.”

“This should be done with a thorough awareness of the broader effects that lockdowns, business closures, masks, social distancing, have had in London. This will help us accurately balance the threat to health against the unintended social and economic consequences of the restrictions on a case-by-case basis,” writes van Holst.

“Research will be required to determine these l consequences, and the optimal time to begin the investigation may be while some restrictions are still in place. I see it as municipal responsibility to ensure this research takes place and therefore request your support of the following motion.”

The motion specifically calls on the committee to direct staff to report on a plan to commission research into the effects that the city’s public health restrictions have had on citizens and the local economy.

“I’m a person who lost a friend to suicide during the first lockdowns and that’s coloured my perception of these throughout and I’m really concerned that the isolation and the dismantling of support systems and coping mechanisms for people is looked at but also the many other effects as well,” said van Holt during the committee meeting.

“I think there’s an opportunity for us to understand better and to take some action based on that understanding.”

After being presented to the committee, the motion did not receive the necessary support required to put the matter up to a vote.

True North reached out to van Holst for comment on why he chose to introduce the motion at this time and what he hoped it could achieve.

“It is likely more effective to study the impacts while they are taking place than to put off the investigation to whenever the restrictions might come to end,” van Holst told True North.

“If we understand the effects upon our own community we may be able to take local action to mitigate the negative impacts that we discover.”

Prior to the Easter holidays, the Ontario government announced a province-wide shutdown order citing an alarming increase in cases and the appearance of COVID-19 variants.

The strict new lockdown regime extended restrictions to all indoor gatherings and reduced outdoor gathering limits to only five people. Meanwhile, restaurants were ordered to close their doors to indoor and outdoor dining, alongside other changes.

Despite Ontario Premier Doug Ford’s clampdown, public health officials are urging the provincial government to consider implementing another stay-at-home order which would effectively require residents impacted to only leave their houses for essential reasons like grocery trips or medical appointments.

On March 8, Toronto, Peel and North Bay Parry sound were the last regions to leave the province’s former stay-at-home order which was implemented in January to curb the spread of the virus.