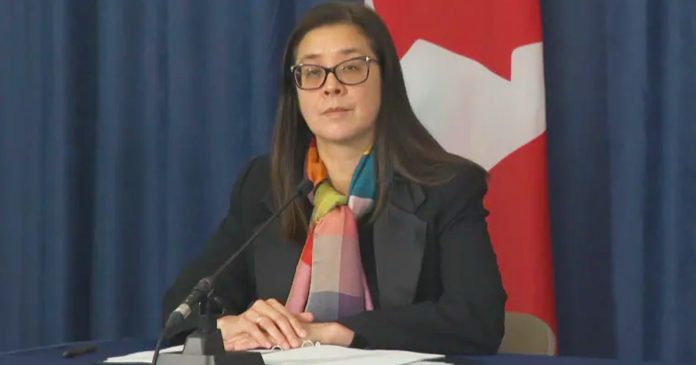 Top doctors in Toronto, Peel Region and Ottawa are calling on the Ford government to issue a provincewide stay-at-home order.

A stay-at-home order requires Ontario residents to stay at home except for essential travel.

In a letter to Ontario’s Chief Medical Officer of Health, the doctors say stronger measures are required to control the COVID-19 variants.

“A stay-at-home order issued by the province through an emergency order is necessary to prevent and mitigate large scale morbidity and mortality and irreparable strain on the health-care system” the letter says.

“Stricter lockdowns have been shown to be effective in other countries to control transmission while vaccine campaigns progressed to achieve sufficient population coverage to suppress transmission.”

The doctors also strongly recommend a review of essential businesses, travel restrictions between regions in Ontario, legislation providing paid sick days and a move to online or hybrid learning.

At the time, the government said it did not want to issue a stay-at-home order because it produced “tremendous ill effect on both children and adults.”

As the pandemic drags on, thousands of doctors and specialists have taken a stand against the use of lockdowns – including the World Health Organization.

As Canadians’ mental health declines and drug overdoses and unemployment numbers skyrocket, many health experts are asserting that lockdowns are deadlier than the COVID-19 virus.