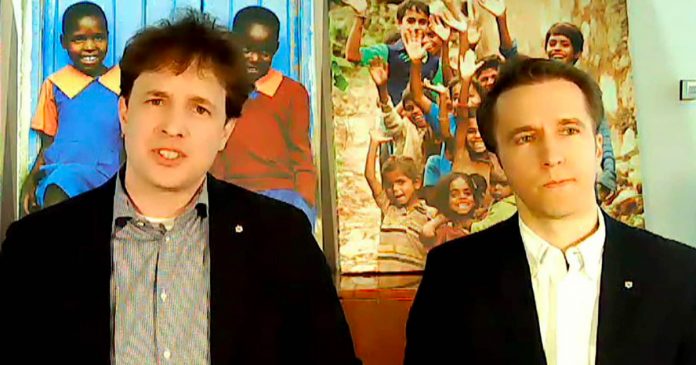 A US news outlet published a report regarding WE Charity’s involvement with California Governor Gavin Newsom, while a number of Canadian parliamentary committees continue to investigate the organization and its ties to the Liberal government.

According to ABC7 NEWS, approximately 1,400 schools and nearly 400,000 students in the state were funnelled through WE Charity programs with the endorsement of Newsom.

Between 2014 and 2016, while Newsom was still the Lt. Gov. of California, he became a co-chair of WE Day California alongside his wife, Jennifer Newsom.

“No one is given a ticket here, you have to earn the right to get here,” said Newsom at the time.

Newsom’s involvement with the charity extended beyond even speaking engagements, after a letter sent to former California State Superintendent Tom Torlakson revealed that Newsom had urged Torlakson to have school districts and administrators attend WE Charity’s event.

State records also reveal that a request by Newsom led to a donation from Comcast to WE Charity totaling $242,500. Additionally, it was revealed that another organization with ties to WE founders Craig and Marc Keilburger sent Newsom and his wife baby gifts worth $110.

“Over the years, WE Charity has provided youth volunteerism programs to 18,000 schools in Canada, the United States and the United Kingdom, empowering young people to help more than 5,000 causes. In California, WE Charity serves 1,400 schools and educational groups with free curricular programs supporting youth service, youth mental health, and trauma-informed learning programs,” WE Charity said in a statement provided to ABC 7 NEWS.

Currently, Prime Minister Justin Trudeau is being investigated by the Office of the Conflict of Interest and Ethics Commissioner regarding his involvement in WE being awarded a $900 million student service grant last summer despite the Trudeau family receiving close to half a million dollars in compensation and reimbursements from the group.

During the most recent testimony by the Kielburgers before the House of Commons ethics committee, Marc Kielburger blamed the Trudeau government of “hiding behind” the children’s charity to avoid a political scandal.

“WE Charity agreed to help, that’s what charities do, they help for what is needed. We didn’t advise the prime minister and Minister Morneau to not recuse themselves, we never prorogued parliament, we’re not involved in the decision to filibuster the committee this fall,” said Marc Kielburger.

“This is a political scandal for the government, not WE Charity. The government hid behind a children’s charity by letting it take the fall for their political decisions, and the opposition allowed them.”