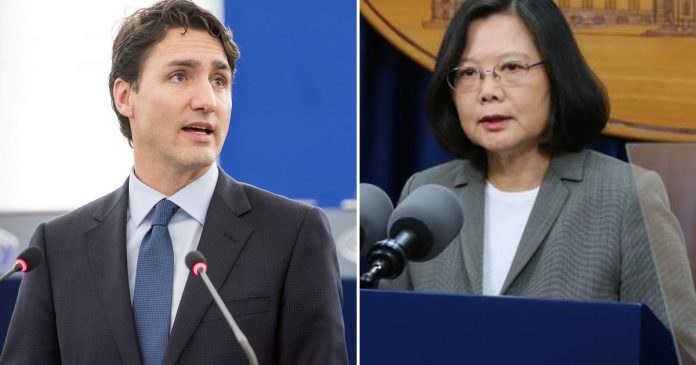 Justin Trudeau’s government threatened to cancel funding to an international security group over a planned award to the president of Taiwan, a Politico report alleges.

According to the Politico story, the threat came in response to the Halifax International Security Forum (HFX)’s intention to give its John McCain Prize for Leadership in Public Service to Taiwanese President Tsai Ing-wen for her resilience in the face of Chinese aggression.

The report, citing a multitude of sources, says the Trudeau government warned HFX it would cut support to the security forum if it followed through on the award, allegedly out of fear of upsetting the Chinese communist party.

In a statement, HFX said that while Tsai Ing-wen is a deserving candidate for the award, the official winner has not been decided.

“HFX has not yet announced the winner of the 2020 John McCain Prize for leadership in public service. We look forward to making the announcement, and conducting a presentation event at an appropriate time, given the challenges that the Covid-19 pandemic presents,” said Vice President Robin Shepherd.

“President Tsai of Taiwan is a well respected international leader, the first female president of Taiwan, and a strong global advocate for democracy. She would certainly be an ideal fit for this award. At this time, we have no further announcements to make.”

HFX, a widely-attended annual summit for defense and security leaders, has taken a strong stance against China in the past, having previously given the same award to the people of Hong Kong for standing up for China.

Despite China’s increasingly hostile treatment of Canada, the Trudeau government has refused to improve relations with Taiwan.

Last year, the Trudeau government refused to reference Taiwan directly when asked to thank the country for donating medical supplies to Canada.

Defence Minister Harjit Sajjan’s office would not comment on whether the government intervened in any way over the planned award.

“The Government of Canada has provided financial support through a contribution agreement with the Halifax International Security Forum,” a spokesperson said.

“While financial support has been provided, the Department of National Defence and the Canadian Armed Forces are not involved in the planning of the Forum. The organizers reach out to us, as well as many other organizations, for panelists on various topics and we try to support when appropriate.”