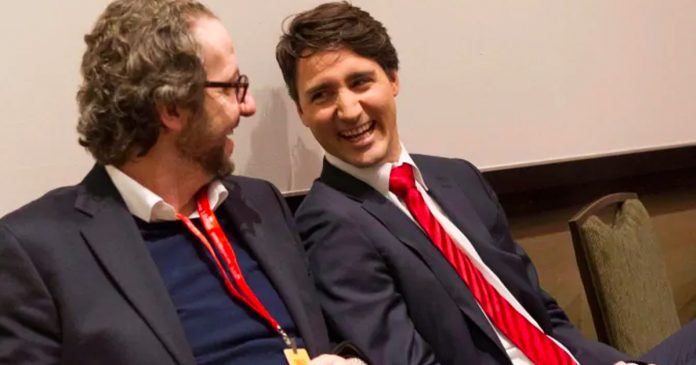 In response to the plan, Butts congratulated the party for taking action by embracing a carbon tax.

“Conventional wisdom used to be you couldn’t get elected in [Canada] on a carbon price. Now even Conservatives think you can’t get elected without one. Congrats to all the Canadians who made that happen,” tweeted Butts.

Butts resigned from his position as the prime minister’s principal secretary in 2019 after being implicated in the Liberal government’s SNC-Lavalin scandal.

Earlier today, the Conservative Party published a 15-page climate plan. The document, entitled “Secure the Environment: The Conservative Plan to Combat Climate Change,” lays out a plan to reduce the Liberal $40 a tonne tax to $20 per tonne with an eventual increase to $50 a tonne.

The tax would apply for Canadians “each time they buy hydrocarbon-based fuel” with an added “Personal Low Carbon Savings Account” which will allow Canadians to withdraw money for so-called green expenditures.

“Canada must not ignore the reality of climate change,” said O’Toole.

Other measures in the plan include a study on “new taxes on frequent flyers, non-electric luxury vehicles and second homes to deter activities that hurt the environment.” A Conservative government would also spend $1 billion on domestic electric vehicle manufacturing and an additional $1 billion to deploy hydrogen technology.

“We will protect the environment and fight climate change, but we won’t do it by making the poorest pay more,” said O’Toole.