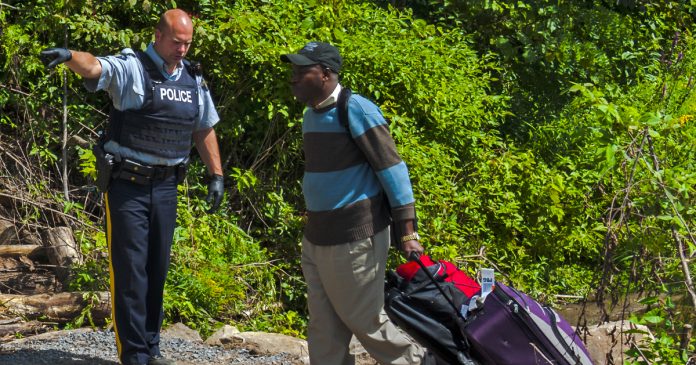 Canada’s Federal Court of Appeal has ruled that the agreement that allows Canada to turn back asylum seekers from the United States does not violate the Charter of Rights and Freedoms.

On Thursday, a three-person panel of judges unanimously ruled that the safe third country agreement between the governments of Canada and the United States is constitutional.

The decision was welcomed by the Canadian government, which said the agreement is an important part of Canada’s handling of asylum claimants.

The [safe third country agreement] has served Canada well for 16 years, ensuring that our shared border remains well managed. For the last three years, Canada has welcomed more refugees than any other country in the world, and continues to provide protection to those fleeing conflict and persecution,” Immigration, Refugees and Citizenship Canada said in a statement.

“Canada remains firmly committed to upholding a fair and compassionate refugee protection system and the STCA remains a comprehensive means for the compassionate, fair, and orderly handling of asylum claims at the Canada-U.S. land border.”

According to the safe third country agreement, Canada can turn away migrants attempting to seek asylum if they are arriving from the United States. As both countries consider each other safe countries, individuals must apply for asylum in the first country they arrive in.

In July 2020, the Federal Court ruled that safe third country agreement violates the Charter’s guarantees of life, liberty and security. On Thursday, the panel accepted the federal government’s arguments that the court misinterpreted the relevant laws.

The panel granted a six month extension to safe third country agreement, with a future court case deciding the ultimate future of the agreement.

In recent years, Canada has seen an influx of people trying to seek asylum in Canada by illegally crossing the US border. Under the safe third country agreement, Canada could have turned back many of these crossers.

In 2019, the influx into crossing points like Roxham Road led the Trudeau government to spend millions on housing and other benefits for illegal border crossers.

35% of government-sponsored refugees still on welfare after 10 years