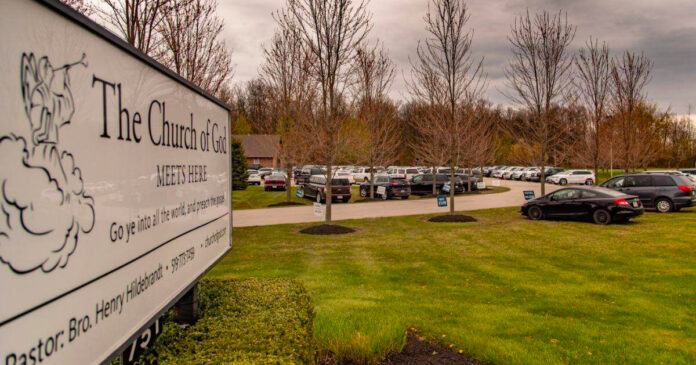 On Sunday, the Aylmer Church of God held an in-person service in defiance of the Ford government’s restrictions on places of worship.

The service is believed to be the largest held at the Church of God over the past year, with well over 100 attendees. Witnesses estimate as many as 200 cars were parked on the property. The service was also attended by Independent MPP Randy Hillier and MP Derek Sloan.

Police charged multiple people at the church for violating the province’s emergency orders.

“As a result of the gathering today and in anticipation of emergency order breaches, we monitored a church service and observed a large number of participants who attended,” Aylmer police Chief Zvonko Horvat said.

“This is probably one of the largest services that we’ve seen at the Church of God and although we don’t have exact count, it would be in excess of 100 for sure.”

Police say charges are being processed, with three people charged with criminal offences in relation to the gathering.

Speaking to the congregation on Sunday, Pastor Henry Hildebrandt said the past year has strengthened the church’s convictions. He also condemned other Christian leaders for not doing enough to oppose restrictions on churches.

“I want to give credit where credit is due. Thank you, COVID-19 for bringing us together,” he said.

“I am very ashamed of many, many pastors in this land. Very ashamed. Since when are they noodle-backs?”

Under Ontario’s latest restrictions, in-person religious services are limited to 10 people. The Church of God in Aylmer has been regularly defying restrictions, with members of the church also participating in anti-lockdown protests.