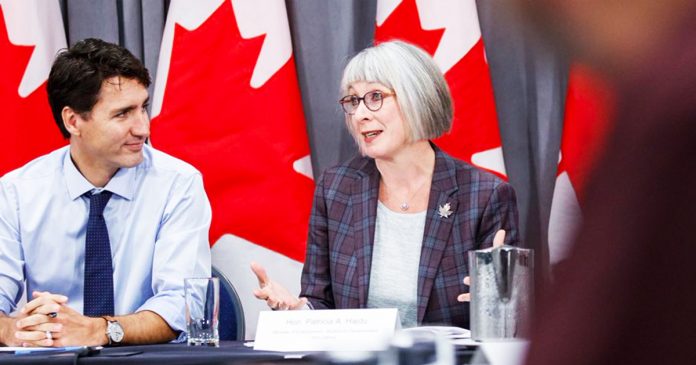 In an exchange with an independent MP during Question Period on Thursday, Hajdu dismissed a question about how vitamin D supplements may help prevent illnesses like COVID-19.

“I would encourage the member opposite to not fall prey to the myriad of fake news articles that are circulating around the Internet,” replied Hajdu.

“What Canadians need now is trust, and they need to be able to trust in the information that their elected officials are sharing. I would urge the member to get his sources from credible sites.”

This would be news to my doctor in Toronto, who prescribed vitamin D to me during my recent pregnancy and specifically said it could be a preventative measure against contracting COVID-19.

I suppose he didn’t get the memo from Hajdu. As for her insinuation that “credible sources” do not recommend vitamin D, a simple Google search proves her wrong.

Early in the pandemic, researchers noticed an overlap between those who were contracting the virus and those with vitamin D deficiencies, leading many to study the relationship. And while there are no firm conclusions from the research, many studies do show that low levels of vitamin D are associated with higher risks of becoming seriously ill with COVID-19.

For instance, researchers from the University of Chicago found that “the relative risk of testing positive for COVID-19 was 1.77 times greater” for those with vitamin D deficiencies, noting that the “difference was statistically significant.”

Likewise, studies in both Canada and Spain found that over 80% of hospitalized COVID-19 patients had vitamin D deficiencies.

Of course, not all doctors and researchers agree. But that’s true about almost everything when it comes to COVID-19.

All this is to say that Sloan’s question was valid and deserved a thoughtful response. After all, the United Kingdom’s public health department does recommend vitamin D supplements during the winter months and even offered free supplements to people who were considered at high risk of COVID-19.

But instead, Hajdu’s knee-jerk reaction was to condescendingly reject the question and accuse Sloan of spreading “fake news.” This has become an unfortunate habit of our health minister.

In the early days of the pandemic, as COVID-19 spread from China to the rest of the world, it became abundantly clear that the virus was deadlier than the Communist Party of China had let on.

When Hajdu was asked by a CTV reporter whether Canada trusted China’s numbers, she said there was “no indication that the data that came out of China … was falsified in any way.”

“Your question is feeding into conspiracy theories that many people have been perpetuating on the internet,” she sneered.

A few days later, the Chinese government itself admitted its numbers were wrong and retroactively changed the data.

In November 2020, Hajdu did it again. During Question Period she was asked about Canada’s lacklustre vaccine rollout and replied by accusing a Lethbridge MP of spreading “fake and dangerous news.”

The supposedly “fake and dangerous news” came from the Sun, where my colleague Anthony Furey used government data to reveal that “very few people who are not suffering from a previous medical condition have actually died of COVID-19.”

Furey’s report was accurate, but it was inconvenient to the government’s doom and gloom narrative.

Using government data to reveal a hidden fact is not “fake and dangerous news,” being skeptical of the adversarial Chinese communists is not “propaganda,” and wondering if vitamin D may make us healthier is not “fake news,” regardless of what one self-righteous Trudeau minister believes.

Hajdu says that Canadians must trust their government.

I’ve got news for Hajdu: so-called fake news isn’t the problem. It would be easier to trust this government if it wasn’t wrong so often.