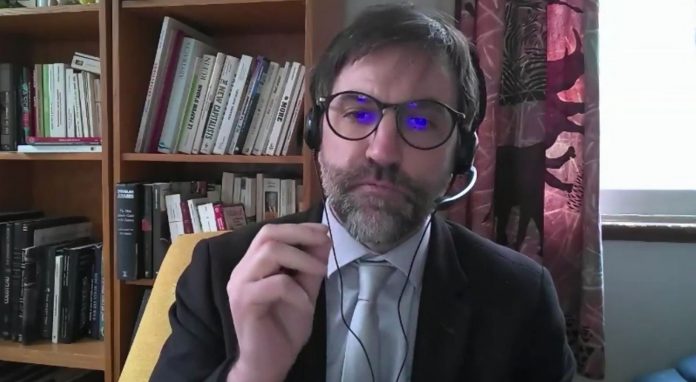 Heritage Minister Steven Guilbeault accused the Conservatives of catering to an alleged “extremist element” of the party by opposing the Liberal government’s internet regulation bill, C-10.

In Question Period Thursday, Conservative MP Rachael Harder accused the Liberal government of being “deceptive, sneaky, crafty and wrong” by attempting to argue that Bill C-10 – which would regulate online publishers and even user-generated content – will not threaten free speech.

“We are seeing the current government mimic behaviour that is consistent with a basic dictatorship. It is wrong,” Harder said.

“The Liberals are trying to give themselves the power to control what Canadians can read online, what they post on social media and the videos that they watch on YouTube. Again, it is wrong. Why is the government doing this?”

Guilbeault accused the Conservatives of being too “afraid” to stand up to large technology companies, before going on to claim they are catering to extremism.

“What we are seeing now is that these are big, powerful and, in fact some of the wealthiest corporations on the planet; clearly, the member opposite and her party are just afraid to stand up to them. Again it seems that the members of the Conservative Party are listening to the most extremist element of their party, as they have on very important issues such as climate change or women’s right to choose,” Guilbeault said.

The government has positioned Bill C-10 as a needed update to Canada’s Broadcasting Act to meet the digital and social media environment, but the bill has been derided by civil liberties advocates and internet experts as a sweeping expansion of government power to regulate online content.

Guilbeault has discussed the possibility of using a “kill-switch” to remove content or entire websites the government says contravene the regulations… Guilbeault has repeatedly dismissed concerns about Bill C-10, saying concerns about censorship and licensing have only come from “some on the right.”