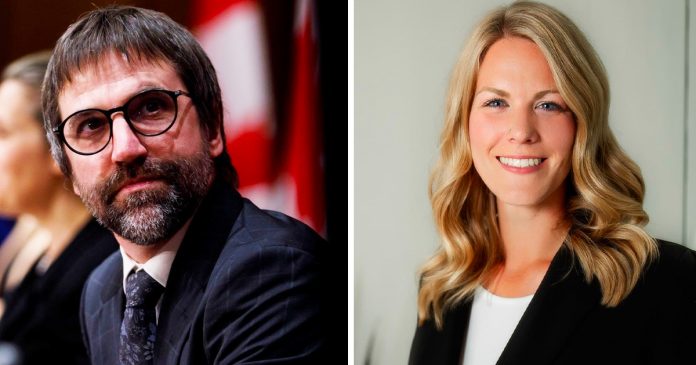 Conservative MP Rachael Harder has fired back at Heritage Minister Steven Guilbeault after Guilbeault accused her of “hypocrisy” for being pro-life and supporting free speech.

In a statement to True North, Harder said Guilbeault’s comments were “inappropriate,” but added they are an example of him availing himself of his right to free speech.

“When he wasn’t able to defend his infringement on people’s Charter rights, he decided to go after my personal values and beliefs. Indeed, freedom is messy and although Mr. Guilbeault’s response was inappropriate, I would never wish for his freedom of speech to be taken from him. He is free to use or misuse his voice. The consequences are his to bear,” Harder said.

The statement comes after Guilbeault attacked her personal beliefs in response to a question about his planned internet regulation bill, C-10, in the House of Commons.

“They are incapable of disagreeing without being disagreeable. When important questions or concerns are raised and the Liberals don’t have answers, their standard response is to deflect, attack, or both. Minister Guilbeault took things to a new low,” Harder added.

During question period on Monday, Harder pressed Guilbealt on whether he will ensure the proposed measures respect the free speech of Canadians.

“Experts say that we need a new evaluation from the justice minister to determine if C-10 respects the Charter,” she asked. “Does the minister agree?”

In response, Guilbeault attacked Harder for her personal stance on abortion, claiming her pro-life beliefs somehow discredit her stance on freedom of speech.

“I find it incredibly hypocritical that the member for Lethbridge (Harder) who, given the opportunity, would not hesitate one minute to remove women’s right to choose – a right protected under the Charter of Rights and Freedoms – but would like us and Canadians to believe that all of the sudden, she cares deeply about said Charter. I have rarely seen such hypocrisy.”

While freedom of thought and expression are explicitly protected by the Charter, the right to abortion is not mentioned and is only legal because the Supreme Court struck down a previous restriction.

The bill sparked national controversy after an amendment was passed which would broaden the scope of the bill to include regulating the content ordinary Canadians post on social media.

Guilbeault has ruthlessly defended C-10, calling anyone who opposes the bill “extremists” and claiming the Conservatives are spreading “fake news” around its provisions.