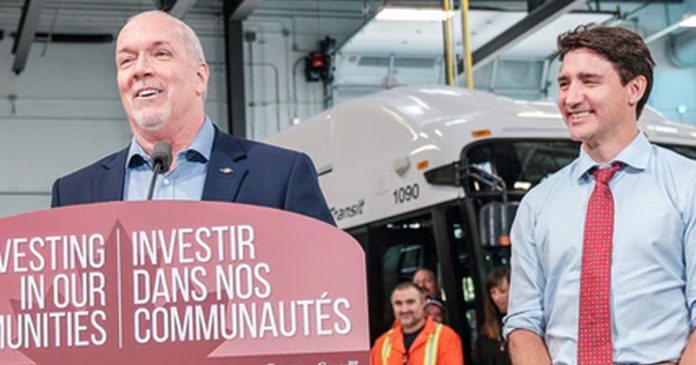 The province that has been touted by the federal Liberals as a role model and inspiration for Canada’s carbon tax has once again reported that its greenhouse gas emissions have gone up.

According to Blacklock’s Reporter, federal data shows that emissions increased by 11% from 2015 to 2019 in British Columbia despite the province having a carbon tax since 2008.

Earlier this year, the province’s government upped its own carbon tax to $45 per tonne.

Currently, Canada’s federal levy is slightly lower than BC’s at $40 a tonne but the Trudeau government has promised to raise the cap to $170 a tonne by 2030.

“I know the Conservatives’ approach is to not let the facts get in the way of a good political argument, but allow me to remind the member opposite that British Columbia has had a price on carbon pollution for almost ten years and it has led, quite frankly, to growth in the economy while they have shown leadership on the environment. That is exactly what we know will work right across the country,” said Trudeau.

During a climate summit last month, Trudeau was pressured by US President Joe Biden to increase Canada’s emission targets.

Following the event, the prime minister promised that Canada would reduce its greenhouse gas emissions by up to 45% in under ten years up from its prior goal of 36% by 2030.

Conservative Party Leader Erin O’Toole reversed course earlier this year and announced his own version of the carbon tax, which he says will begin at $20 per tonne and eventually increase to $50 per tonne.

Under O’Toole’s carbon pricing regime, the levy will go directly into a “Personal Low Carbon Savings Account” which will be accessible by taxpayers for environmental purchases approved by the federal government.

O’Toole’s decision to introduce a carbon tax has been met with some resistance within his caucus after sources within the party expressed frustration with the choice.

Correction: This article previously stated that emissions in BC increased by 20.5%. This figure has since been corrected to 11%.