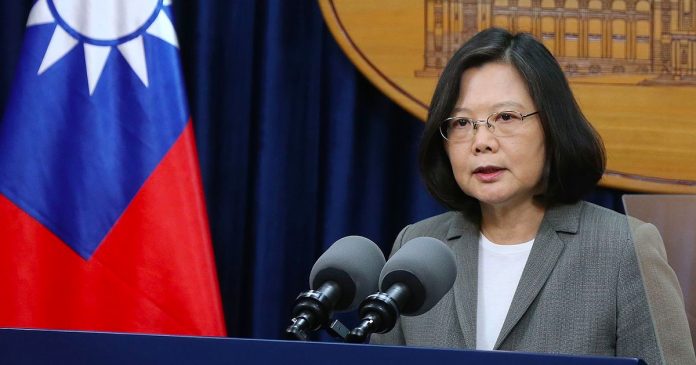 President Tsai was selected as a recipient of the award despite prior reported attempts by the Liberal government to prevent the Taiwanese leader from receiving the honour.

“President Tsai is an inspiration and example to freedom-loving people everywhere,” said the organization’s president Peter Van Praagh told the Globe and Mail.

“Her courage and her fortitude in defending her people against the Chinese Communist Party’s aggression are precisely the qualities the John McCain Prize was designed to recognize.”

In April, it was reported that the Liberal government threatened the forum with a funding cut should it give the award to Tsai.

Prime Minister Justin Trudeau later denied the claim and the federal government unanimously voted to support the decision to have the Taiwanese president as this year’s recipient.

In response to Canada’s support for Taiwan, the Chinese government lashed out at parliamentarians accusing them of interfering in China’s affairs and compromising its relationship with the country.

China has increased its hostilities in the region bordering the island nation of Taiwan in recent weeks.

Chinese aggression prompted an international response from Taiwan, the US and Japan in April after a series of military exercises by China took part with the intention of testing Taiwan’s anti-aircraft system capabilities.

In response to the incident, Taiwan pledged to defend itself “to the end” should China attempt to begin a conflict.

“All these seem to be preparing for their final military assault against Taiwan. This is our country, this is our people and this is our way of life. We will defend ourselves to the very end,” Taiwan’s Foreign Minister Joseph Wu