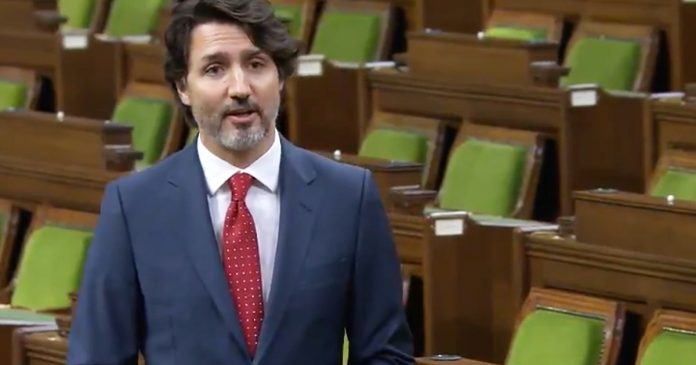 Trudeau made the comment in response to a question by Conservative Party MP Michael Barrett in the House of Commons on Wednesday.

“Mr. Speaker, anytime anyone asks a tough question of the Prime Minister, he says it is a personal attack. That is why when the questions got really tough and heated for the Prime Minister, when he was trying to cover up his conflict of interest in the WE scandal, he shut down Parliament during a pandemic. Now his attacks on democracy have gotten more brazen,” said Barrett.

“Mr. Speaker, the tinfoil hats on the other side of the aisle are really quite spectacular,” responded Trudeau.

The prime minister’s comments echo similar name-calling by Canadian Heritage Minister Steven Guilbeault, who is in charge of drafting the legislation.

Earlier this week, Guilbeault lashed back at criticism of the bill by going so far as targetting Conservative MP Rachael Harder for her pro-life views.

“When he wasn’t able to defend his infringement on people’s Charter rights, he decided to go after my personal values and beliefs. Indeed, freedom is messy and although Mr. Guilbeault’s response was inappropriate, I would never wish for his freedom of speech to be taken from him. He is free to use or misuse his voice. The consequences are his to bear,” Harder told True North.

Guilbeault has also accused critics of the bill, which include prominent politicians, professors and civil liberties advocates, of catering to an “extremist element.”

A decision by the Liberals to remove an amendment from the bill which protected user-generated content from Canadian Radio‑television and Telecommunications (CRTC) regulation has sparked outrage among the Canadian public.

Liberal Minister of Canadian Heritage Steven Guilbeault has since promised to introduce a separate amendment which would make it clear that content posted by Canadians on platforms like YouTube and TikTok will not be subject to CRTC oversight.