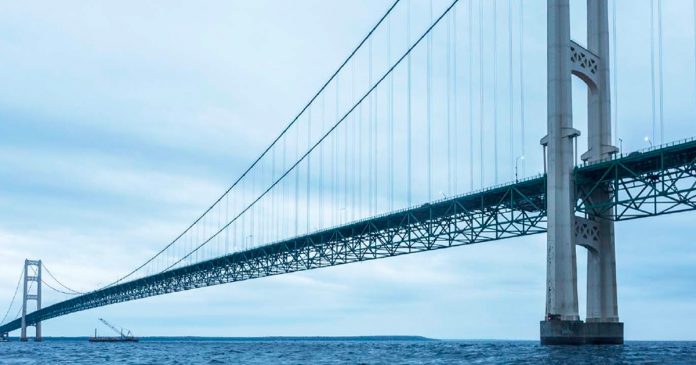 A shutdown of the cross-border Enbridge Line 5 pipeline by Michigan Governor Gretchen Whitmer could potentially lead to increased truck and rail traffic and cost American border states US$20.8 billion and over 33,000 jobs.

According to IHS Markit, should Line 5 halt operations, 45,000 additional trucks or 15,000 more railcars would be required to deliver resources between the regions.

“Aside from severe impacts on propane supply to Michigan, Ontario, Quebec, and other Northeast regions, a shutdown of the line would impact the fractionation of the NGL mix currently done in Sarnia, Ontario, and require this mix from western Canada to be fractionated either locally or elsewhere,” wrote IHS Markit.

“Logistical issues in providing enough propane by rail from western Canada to service these eastern markets could become a real concern and potentially impact consumer prices in these markets.”

IHS Markit’s findings seem to back other recent research on the impacts of a Line 5 shutdown.

According to research by Consumer Energy Alliance, the estimates are conservative in nature and the financial consequences of a shutdown could be much greater for Michigan, Ohio, Indiana and Pennsylvania.

“The battle against Enbridge Line 5 is not just about a pipeline. Should Line 5 actually be shut down, not only will the region see job losses, diminished tax receipts, and higher energy costs but it’s ‘anti-business’ reputation will be reinforced,” wrote Consumer Energy Alliance.

“The consequence will be a continuation of the exodus of people and jobs to other parts of the country.”

The resulting impacts for the region will include higher costs for propane and natural gasses for farmers, higher heating bills and production and job losses for downstream industries like plastic manufacturing.

In Canada, the Government of Ontario has raised the alarm about a potential shutdown claiming that over 5,000 direct jobs and over 23,000 indirect jobs were being put at risk by Governor Whitmer.

In November 2020, Governor Whitmer issued an executive order to Enbridge to shut down the project by May 12, 2021 citing environmental concerns. At its peak operation the pipeline carries 540,000 barrels of oil from Sarnia, Ontario to Superior, Wisconsin.

As first reported by True North in March, Governor Gretchen snubbed Canada’s Ambassador to the US Kristen Hillman by refusing to meet to discuss the issue.

“There’s one thing that I did read from Ambassador Hillman who’s been trying to negotiate and she was in discussion between Michigan and the governor and she said her discussions had broken down, can you shed any light on that?” asked Conservative MP Marilyn Gladu during a Special Committee on the Economic Relationships between Canada and the US meeting.

“I believe Ambassador Hillman had tried to open a channel for dialogue with the governor and I believe my understanding is that the governor was not open to having any dialogue,” said Executive VP and President of Enbridge Inc. Liquid Pipelines Vern Yu replied.