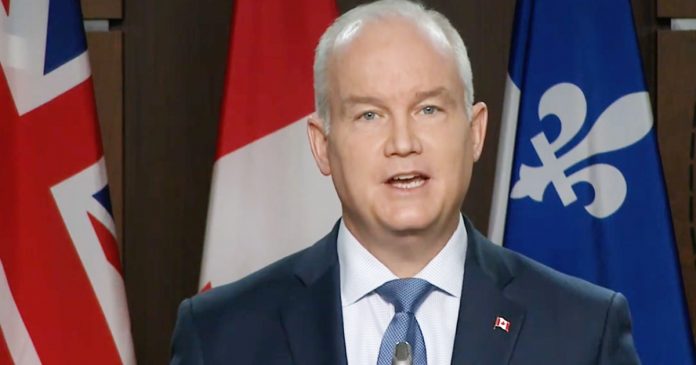 According to O’Toole, the Liberals are “radically” altering how Canadians are expected to use the internet and could open the door for “massive abuse of power.”

“Canada’s Conservatives support creating a level playing field between large foreign streaming services and Canadian broadcasters, and championing Canadian arts and culture. A Conservative government would do so without compromising Canadians’ fundamental rights and freedoms,” said O’Toole in a statement released on Thursday.

“We are calling on Justin Trudeau to withdraw Bill C-10 today. If this is not done, a Conservative government will stand up for Canadians and repeal this deeply flawed legislation. While the NDP and the Bloc may look the other way on the freedom of expression, Canada’s Conservatives will not.”

Bill C-10 was drafted with the purpose of upgrading Canada’s Broadcasting Act to meet the realities of the current digital media landscape. However, a decision by Liberal members on the House of Commons heritage committee to strip the bill of an amendment that protects Canadian users from CRTC regulation has sparked national outrage.

Conservatives have since pushed for Canadian Heritage Minister Steven Guilbeault to testify before the committee once again to answer questions about the bill’s scope. Over the last few weeks, instead of addressing opposition concerns, Guilbeault has resorted to name calling and accusations of extremism to silence criticism of the bill.

On Thursday, the Justice Ministry issued a new charter statement on the updated law claiming that the bill in its current form still upholds the rights of Canadians.

In response, outspoken critic of the bill and University of Ottawa Law Professor Michael Geist said that the statement doesn’t deal with the “central concern” people have about the legislation.

“Under Bill C-10, all user generated content is treated as a program subject to CRTC regulation. Never in Canadian history has the expression of so many people been treated as falling within the jurisdiction of a broadcast regulator,” wrote Geist.

“There are limits to CRTC power, but the fact it can prioritize or de-prioritize content in the name of discoverability has an impact on the expression of millions of Canadians. That necessarily invokes Charter considerations, but the statement doesn’t grapple with the issue.”