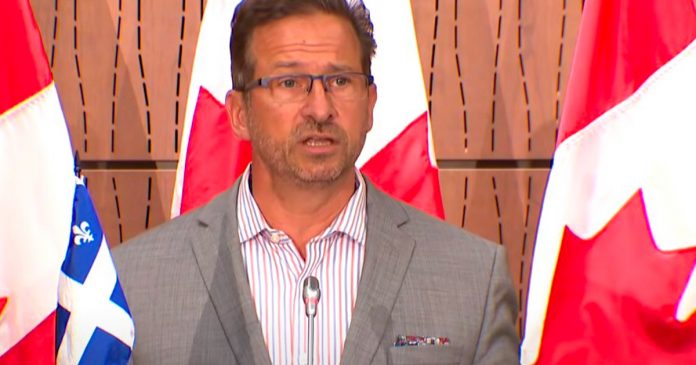 Bloc Québécois Leader Yves-François Blanchet has indicated that his party will fall in line behind the minority Liberal government and support the government’s controversial sweeping internet censorship bill, C-10.

Blanchet made the announcement on the CBC French-language program Tout le monde en parle while appearing on a panel with NDP Leader Jagmeet Singh and Liberal Canadian Heritage Minister Steven Guilbeault, who was charged with drafting the legislation.

According to Blanchet, his party is prepared to fast track the legislation so that the law is adopted this summer, even though critics have called for the government to scrap the legislation.

“It’s exceptional, but if the government agrees, we are prepared to launch a process of time allocation and rapid adoption so that Quebec’s cultural sector and the Canadian cultural sector can have this bill adopted before the end of the session,” said Blanchet in French.

Controversy around the bill came to a head when Liberal members of the House of Commons heritage committee voted to strip Bill C-10 of an amendment which would protect user-generated content from CRTC regulation.

Conservative Party Leader Erin O’Toole has promised to repeal Bill C-10 should he be elected in the upcoming election.

“Canada’s Conservatives support creating a level playing field between large foreign streaming services and Canadian broadcasters, and championing Canadian arts and culture. A Conservative government would do so without compromising Canadians’ fundamental rights and freedoms,” said O’Toole in a statement released on Thursday.

“We are calling on Justin Trudeau to withdraw Bill C-10 today. If this is not done, a Conservative government will stand up for Canadians and repeal this deeply flawed legislation. While the NDP and the Bloc may look the other way on the freedom of expression, Canada’s Conservatives will not.”