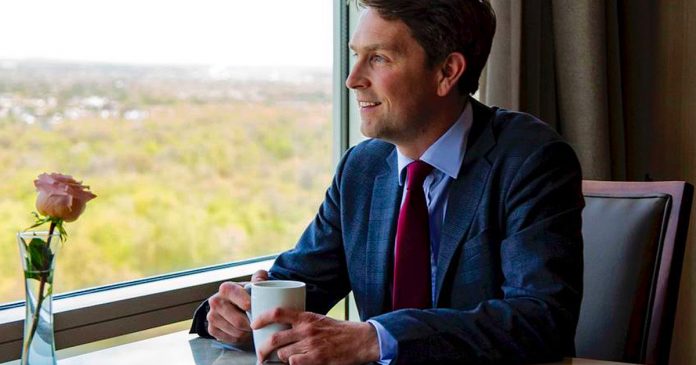 Conservative MPs slammed the Liberal government for carelessness after Liberal MP William Amos admitted to urinating while in a House of Commons Zoom meeting on Wednesday.

“This is the second time Mr. Amos has been caught exposing himself to his colleagues in the House, and the House of Commons, virtual or otherwise, must be free of this type of unacceptable behaviour,” said Conservative MP and Deputy House Leader Karen Vecchio in a statement.

“It’s now clear that Trudeau’s Liberals failed in their duty to ensure a safe work environment following the first incident. We can’t have more of this from Liberal members of Parliament and Conservatives will explore all potential options to ensure this never happens again.”

On Thursday, Amos posted a statement on his personal Twitter account claiming that he had accidentally “urinated without realizing (he) was on camera” the night before.

“It is important to have a safe workplace environment for everyone on Parliament Hill and we take these matters extremely seriously,” Liberal government whip Mark Holland told CBC News.

“Mr. Amos has stepped aside from his role as Parliamentary Secretary and from his committee duties.”

The incident was the second of its kind after Amos was photographed naked during a separate Zoom call in April.

Amos later admitted to the incident and said that it was an “unfortunate mistake.” According to Amos, he was in the middle of changing after he had gone out for a jog when the Zoom meeting was in progress.